Do Impossible Things Before Breakfast 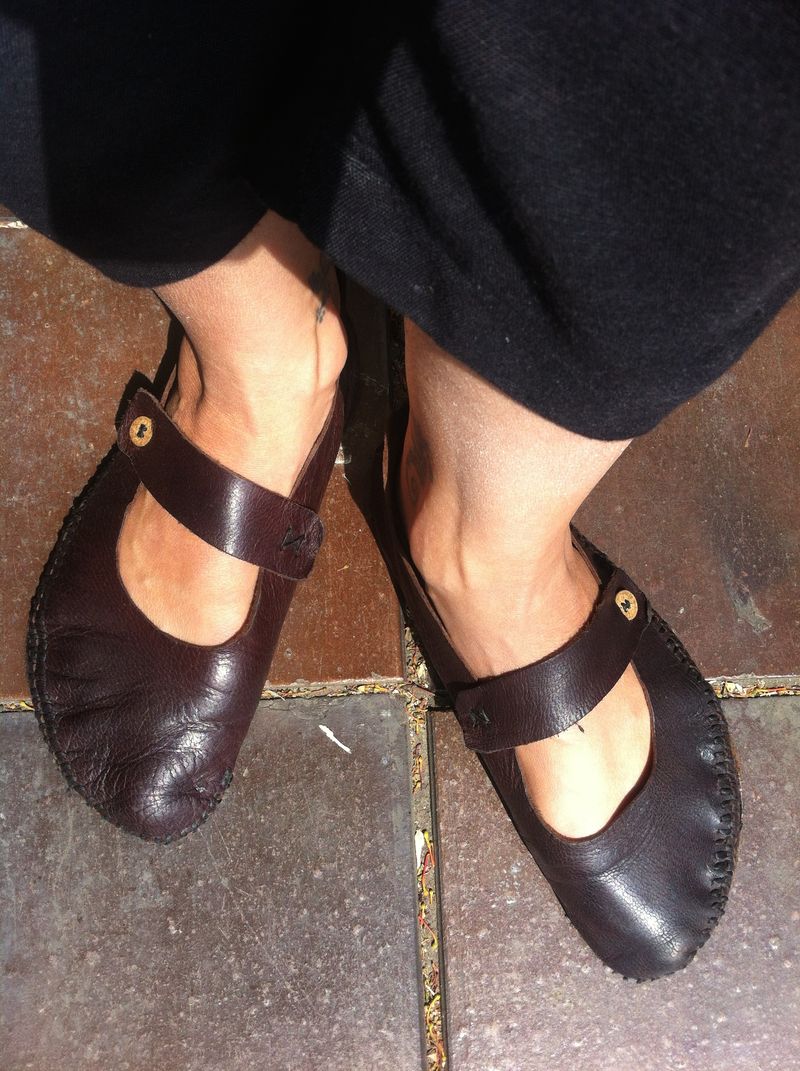 Have you ever put off doing something just because it seemed too hard?  And the longer you put it off, the harder it seemed?  Until, in your mind the task became enormous and impossible?  So you found all sorts of excuses and reasons to keep putting it off although you knew, deep down that it needed to be done.

Well, that was me and this pair of soft soled shoes I made last year.  I loved them and wore them everywhere until they needed fixing.  And then they somehow ended up in the back of my cupboard, buried under a mound of clothes and I kept on finding excuses not to fix them.  I was even considering making a whole new pair of shoes to avoid this task!   The shoe on the right needed resoling and the one on the left needed its strap adjusted.  And there was the possibility that the whole left shoe needed to be resized.  That task felt daunting, unfamiliar and strange.  So I kept on running away from it.

Until last weekend that is.  The weather is getting warmer and I really need a pair of shoes to wear.  I'm also teaching shoe making at The Village Continuum next month and as a shoe maker, I really should be wearing my own shoes.  Who's going to trust a shoemaker who doesn't wear their own shoes?  Just like you shouldn't trust a tattooist with no tattoos!  It was mostly needing to wear them next month that got my butt into gear.  Nothing like a looming deadline or for me, event, to get my butt galvanised into action!

So I grabbed my leather working tools and headed out to the front of my block of flats to sit in the sunshine and do those repairs.  I started out by cleaning them with saddle soap till they were all sparkly and new looking.  Then I took the strap off the left shoe, resized it and sewed it back on.  I then ripped the sole off the right shoe.  I traced around the old sole on a piece of deer skin to make a new one, cut it out and then glued it on.  And voila!  New shoes!  It did take me a few hours to do but was nowhere near as hard as I had been imagining.

I also learnt an important lesson - when you need to do something, dive in.  The longer you wait the more excuses you'll think of for not doing it until your task becomes impossible.   As the Queen says to Alice in Alice in Wonderland, "Why sometimes I've believed as many as six impossible things before breakfast."  Or as I believe - do your impossible tasks before breakfast, before your brain wakes up and tells you that it is impossible!