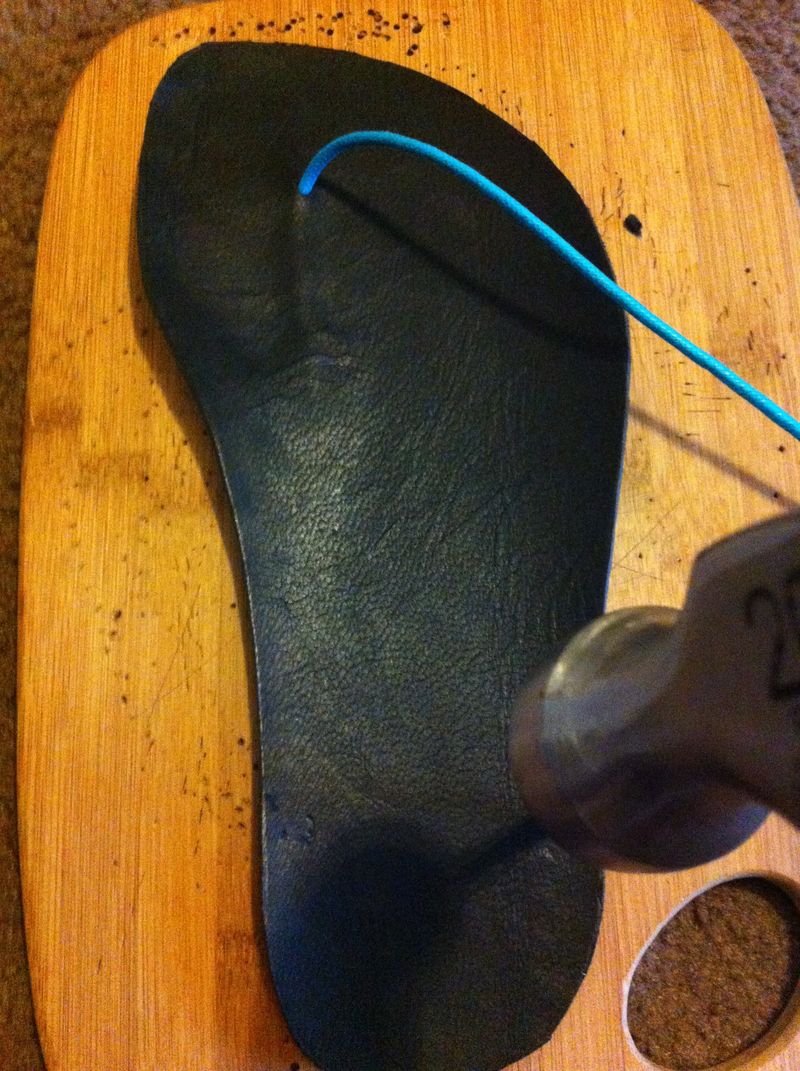 I recently rekindled my shoe making passion with this project.  I love those soft soled moccasins but given that it's now summer here in Melbourne, I needed some sandals.  After a little bit of googling I discovered the exciting new world of huaraches.  Huaraches have been worn by the Tarahumara Indians of Mexico's Copper Canyon for hundreds of years.  They were popularised in the book Born to Run by Christopher McDougall which was published in 2009.  Apparently they were also mentioned in On The Road by Jack Kerouac.   I may be a little late in discovering these awesome and super easy to make shoes but I'm making up for lost time by wearing my new huaraches any chance I get.

My passion is using natural materials to make the things I need.  These huaraches are no exception.  They have a 6mm crepe rubber sole, veg tanned deerskin upper and the laces are 100% cotton Maverick laces.  I made the upper and laced it before glueing it on to the rubber sole.  This way the laces don't come into direct contact with the ground and will last longer. 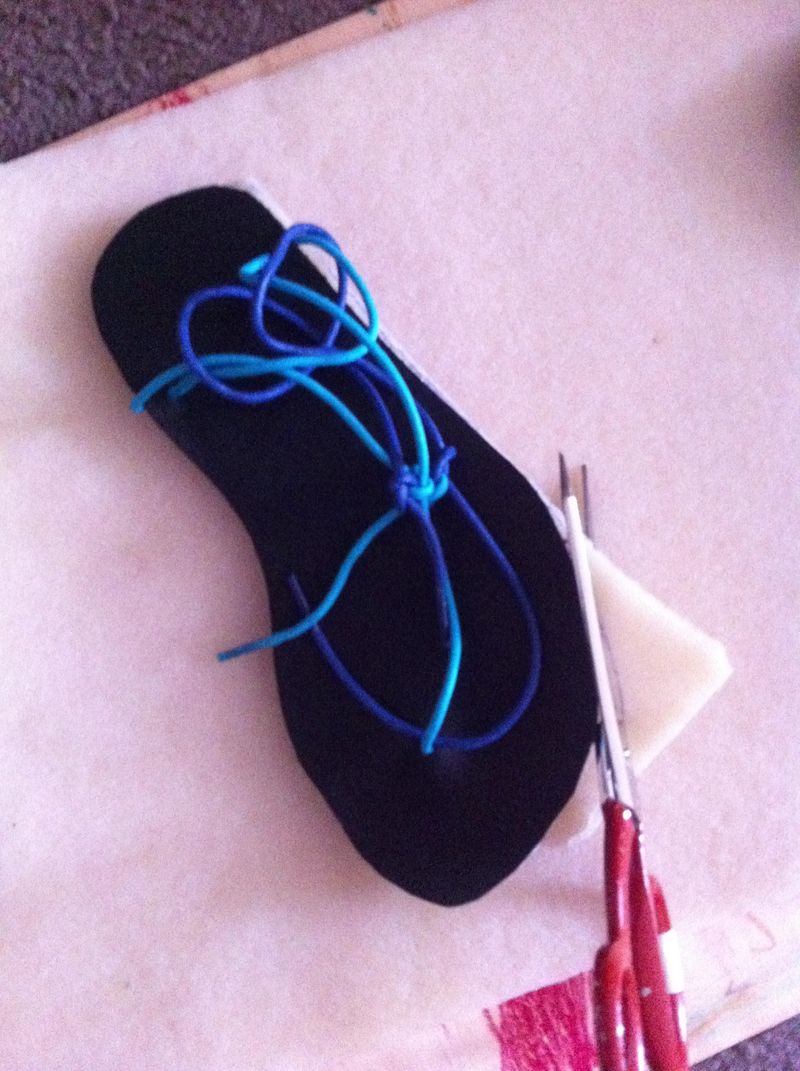 Even though I make lots of stuff, I still get nervous when making a new project.  This one was no exception.  I did a whole lot of surfing on how to make my huaraches.  Hunted around for the most natural materials.  I took my time over the lacing, watching the video tutorial over and over again. Glued the upper on to the sole.  And then took a really deep breath when I was cutting it out.  It was the moment of truth.  Was it going to work?  I was really nervous and the only way to find out was to dive right in. 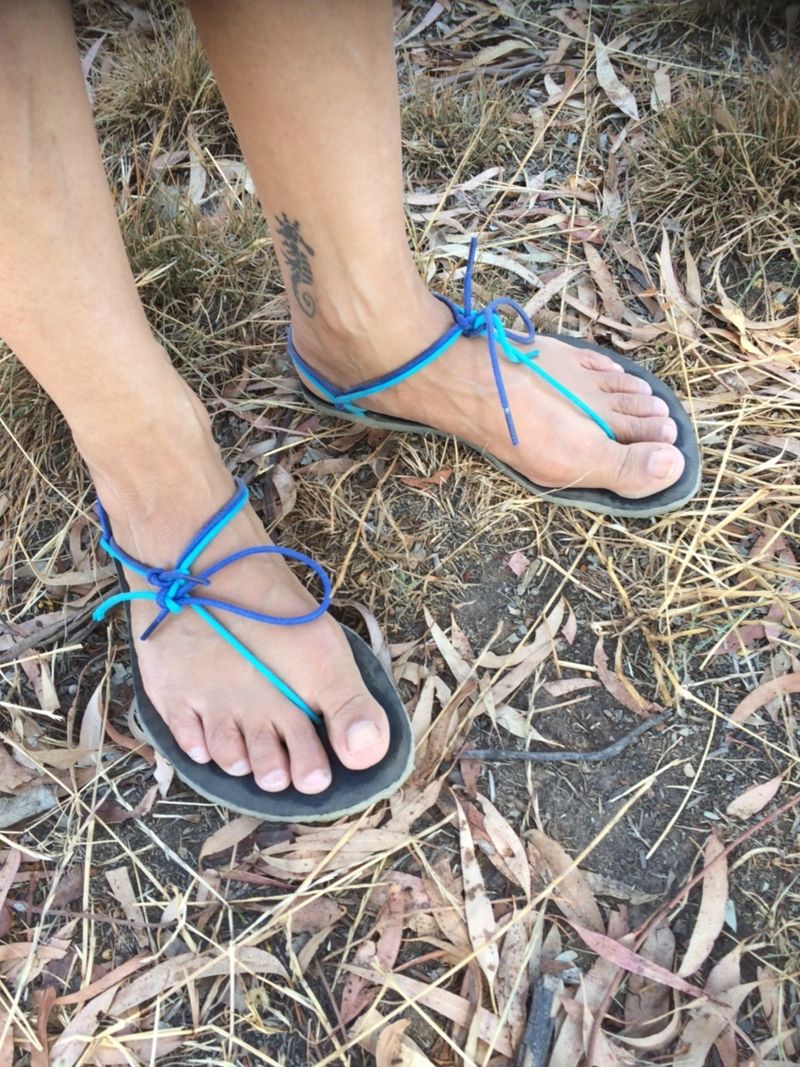 So how do I rate my latest barefoot shoes?  (That's them up there on their first outing in the wild!).  They turned out great and like I already said, I've been wearing them everywhere and anywhere.  That said, the sole at the front of my left foot gets a bit flappy at times and the laces at the back of my right foot have a tendency to slip off the heel.  I'm figuring that with tighter lacing and more experience in making patterns and positioning lacing holes, the shoes will improve.  At any rate they are fabulous enough to have me hooked on barefoot sandals.  If you want to make a pair, check out the great tutorial over at DIY Footwear. They even sell huarache kits!