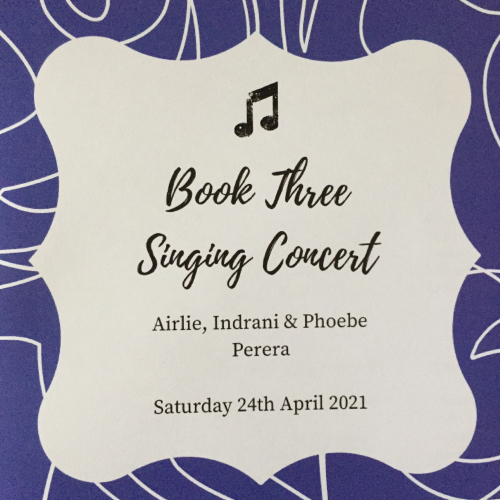 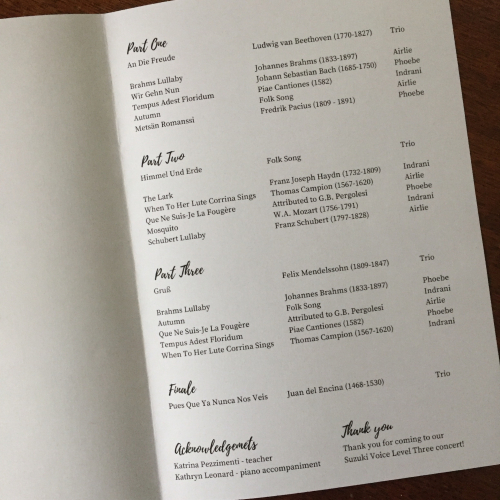 On the weekend we had a very intimate concert at our place to celebrate the completion of Level Three Suzuki Voice. I spent the morning bustling around the house, tidying up and cleaning. We've been out and about a lot lately so it was good to spend some time making the house look and feel nice. In particular I finally unpacked the two boxes that were sitting in a corner of my study and now I have so much more room!

We've been working on these songs for the last three years. At times it felt like it would never end. The concert on the other hand went way too fast and was over in twenty minutes. My favourite song was our finale - Pues Que Ya Nunca Nos Veis by Juan del Encina. The song is from the Middle Ages and is in an old version of Spanish. It's magic singing together, standing side by side; feeling our voices rise and swirl together. 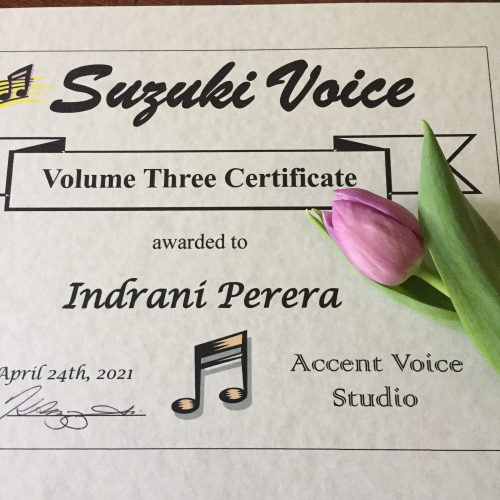 I still can't quite believe that I am singing in front of people. Part of me will probably always be that girl who was kicked out of the school choir in grade five for not being able to sing and told in grade six to stand on stage mouthing the words for the school's musical. I wonder if I'll always feel like I can't sing or if eventually I'll be confident in my abilities.