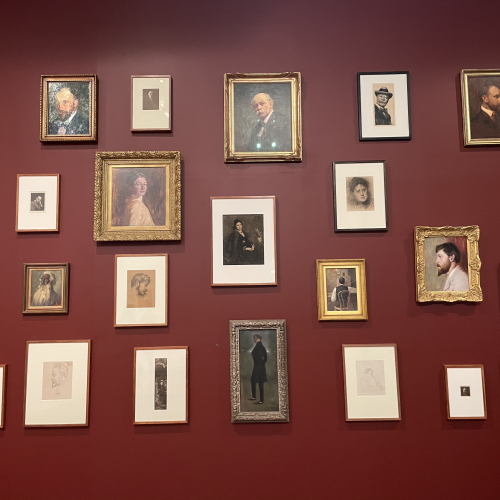 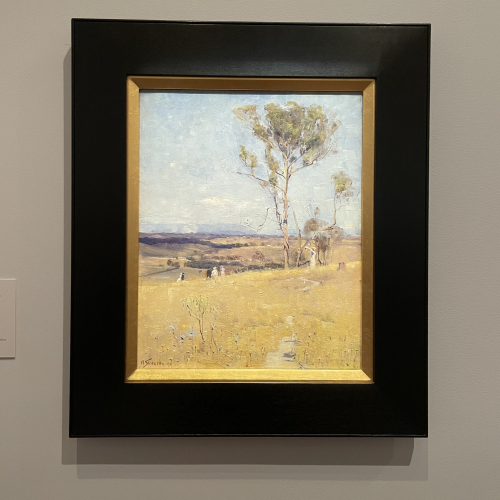 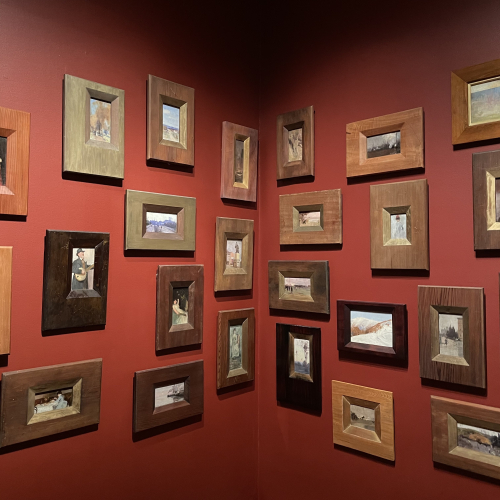 I was a little disappointed by this exhibition at Federation Square's Ian Potter Gallery. It was billed as Australian Impressionism and although there were many impressive paintings, not many of them seemed to be in a typical Impressionism style typified by Monet whose paintings I saw a couple of years ago at the NGV. 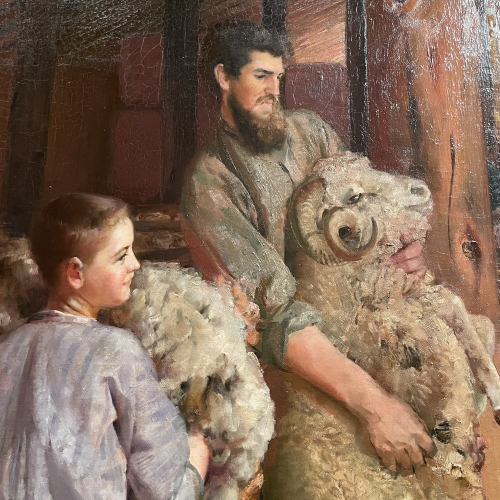 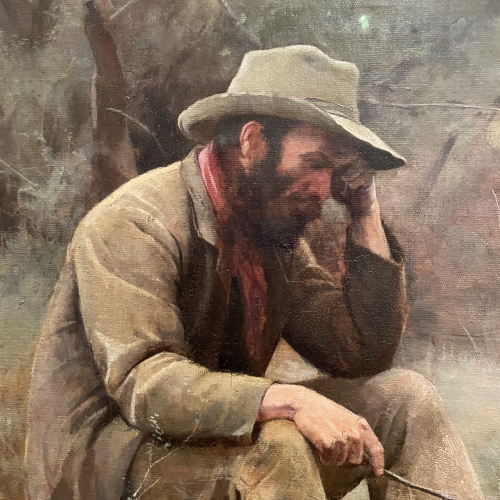 Frederick McCubbin, Down on his Luck

There were the usual suspects of Frederick McCubbin, Arthur Streeton, Tom Roberts and Charles Conder. I guess no exhibition of Australian paintings of the period would be complete without them and it was great to see their iconic paintings in person but I was wanting something different. There's no doubt that these men were phenomenal painters (look at the detail in those paintings above) and I did enjoy seeing their work but you know me - always wanting more!

Luckily for me there were some new painters to discover and females ones too! I just wish there had been more works from these artists. To my mind, it was the women who were more successful in capturing the essence of the Impressionist style. 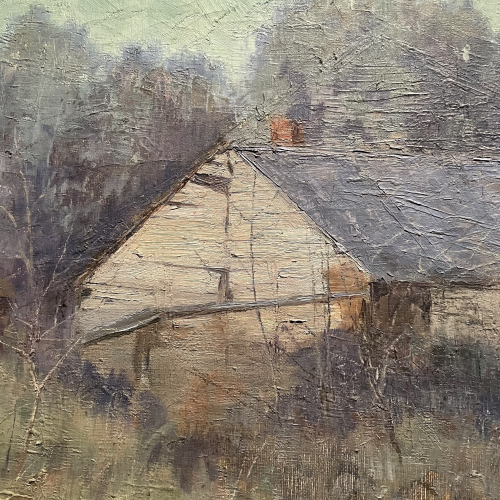 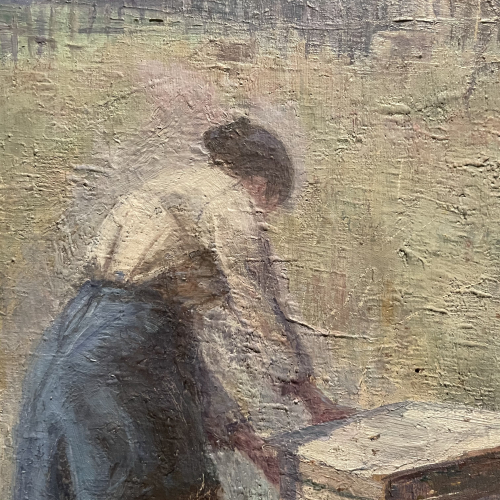 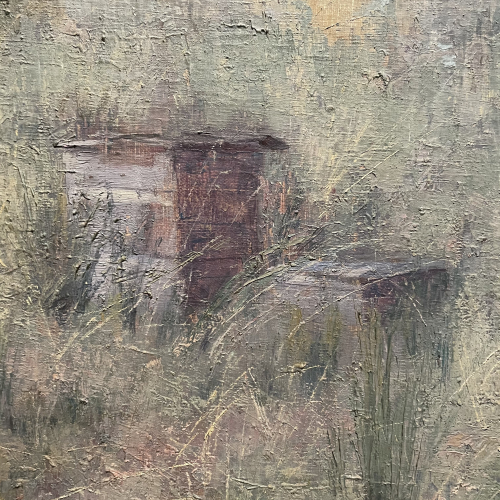 Clara Southern lived and worked in the area around Warrandyte. Unlike a lot of her male counterparts, she was born and raised in Australia. She studied art at the National Gallery School and taught art with Jane Sutherland at Grosvenor Chambers. Her paintings were influenced by Walter Withers with whom she studied. 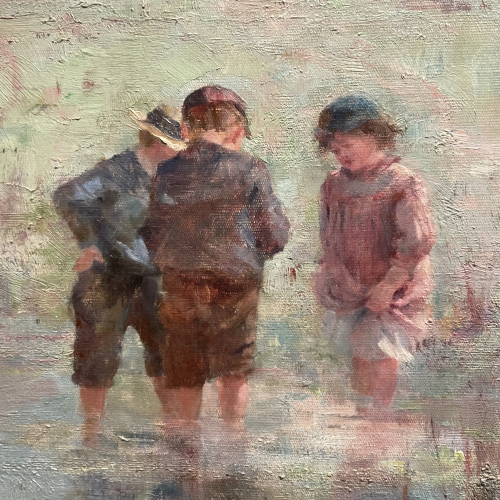 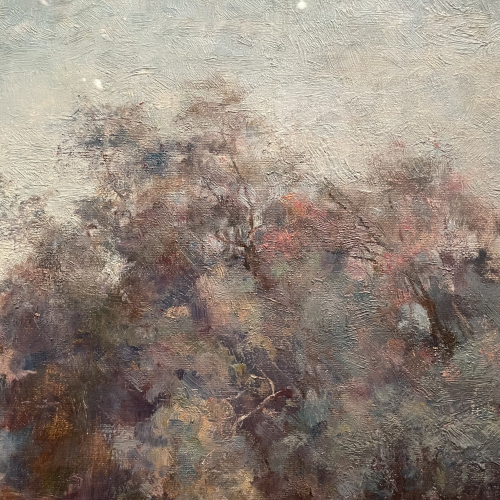 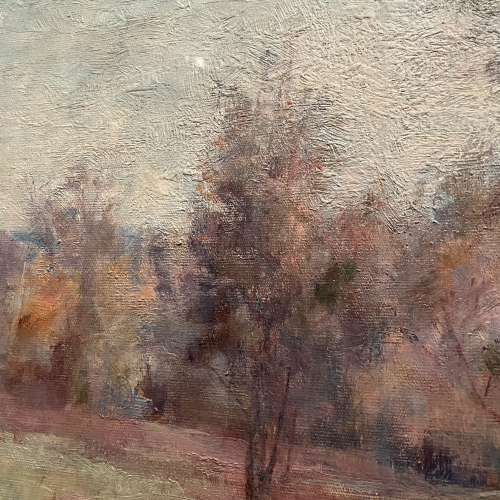 Jane Sutherland emigrated to Australia from the United States with her Scottish parents when she was eleven years old. She was a member of the Field Naturalists of Victoria and she was interested in painting women and children in the settled, rural landscape. This passion was shared by French and Australian plein-air artists. 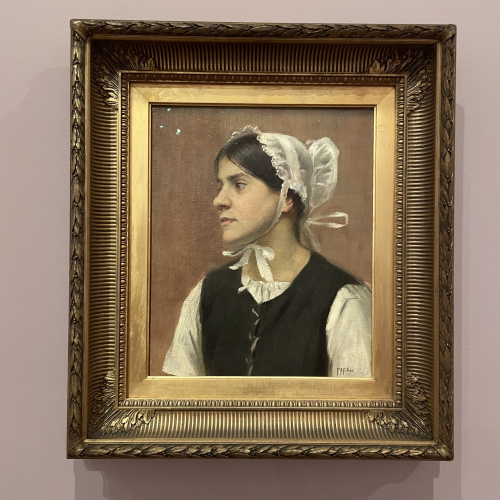 Other female artists in the exhibition included Ethel Carrick, Florence Fuller, Ina Gregory, Grace Joel, Elizabeth Mahony, Alice Mills, May Moore, Helen Peters, Jane Price (who worked as a governess for the McCubbins to support herself), Iso Rae and May Vale. Price in particular made regular visits to the artists' camps at Heidelberg and Eaglemont but due to the customs of the time she couldn't stay overnight with the male painters.

If you look in galleries and encyclopaedias it's easy to forget that women have always been involved in the arts. It's easy to relegate them to the domestic sphere and assume that they were prisoners of their time, confined to the kitchen with occasional forays to the laundry and outside to the washing line. Of course this was the fate for many women but there have always been those who have sought to express themselves through art. 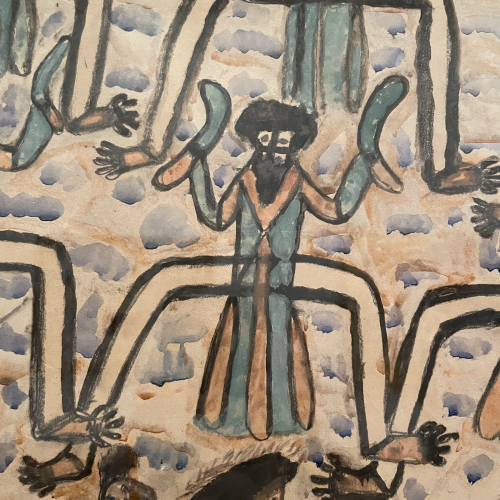 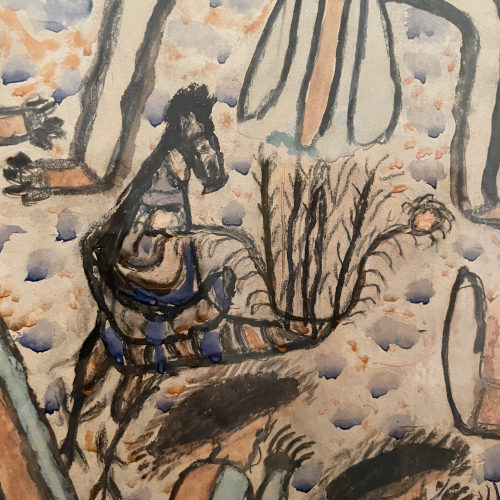 The other highlight of the exhibition for me were the paintings by indigenous artists. The exhibition included works by Captain Harrison and William Barack. The style of these paintings is in stark contrast to the settler artists. According to the book accompanying the exhibition this is partly because there is no horizon line in indigenous art, symbolising the unity and interconnectedness of people, creatures, land and sky.

Its notable that none of the paintings by the white artists portrayed indigenous figures. As if erasing them from art could also erase them from consciousness and clear consciences guilty of stealing land and erasing culture. At the time the superbly misnamed Board for the Protection of Aborigines forbade the practising of culture, language and ceremony. Quite how this was supposed to protect indigenous peoples I have no idea.

Again, from the accompanying exhibition guide comes the observation that the male artists focussed on representing 'strong masculine labour' in their paintings although much of that work was done by unpaid indigenous workers. Thanks goodness for the Board for the Protection of Aborigines for protecting the rights of these workers and making sure they were paid for their work (oh wait, they didn't).

I would love to see a retrospective of indigenous art at the National Gallery of Victoria, featuring artwork from contemporary and historical indigenous artists. It would be a lot more relevant I think than another blockbuster of paintings from Europe. Heck, even an exhibition featuring Australian female artists would be a welcome change. Or what about one focussing on the artists in our Asian Pacific region?

Come on NGV - it's time to celebrate our artists and region!