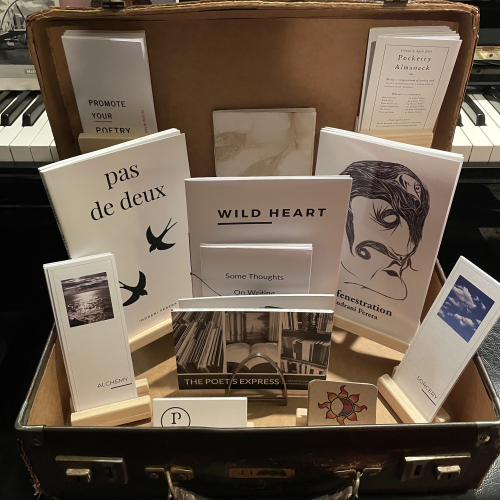 When I was making and selling organic perfumes at markets around Melbourne, I longed for a super contained set-up that would be easy to set up and pack down. Having to lug around a heavy table, chair, products, props and all the other necessary paraphernalia is exhausting. It's also disheartening as you create a fabulous stall and then have to take it down again at the end of each day.

I dreamt of being able to pack everything into a single suitcase that I could open up and start selling from. Being me, the suitcase has to be vintage of course! So when I heard I was being featured at Girls on Key in Northcote, I decided to make this dream a reality! 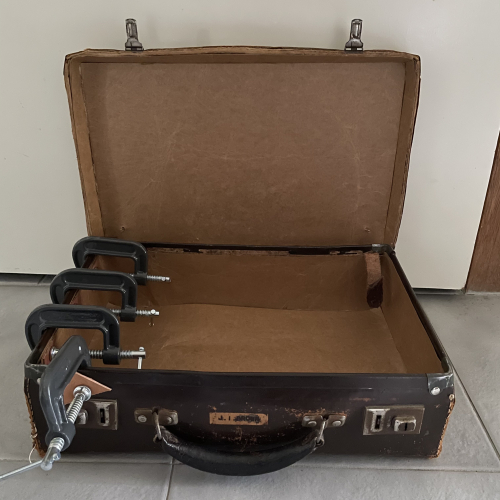 I scored this vintage leather suitcase at Camberwell Market (Melbourne's best flea market) for the bargain price of $5 because it was so battered and beaten up. The stitching around the edges was coming undone, paper was peeling from the interior and one of the the leather hinges propping open the lid was broken. I figured that with my leather working skills I could restore it to some of its former glory. And hello, $5? Once I got it home, however, I got a daunted by the enormity of the task and shoved it on top of a cupboard for a while. My two cats loved the suitcase and started siting on it, bowing the lid so I had to move it somewhere else!

I forgot to take before photos of the suitcase - I've almost finished restoring it in this photo. I really must remember to do that - take before and after shots. It's so easy to forget how much work you've done. If I had a before shot, I would have been able to track my process and get more of a sense of satisfaction as I went along. 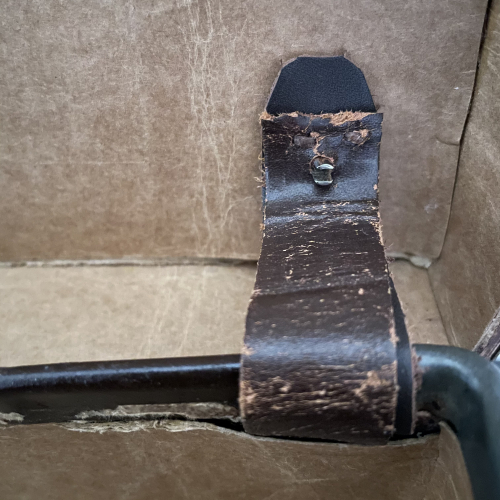 The first thing I did was to repair the seams. Years of use had worn away the thread on the top, bottom and edges of the suitcase. Stitching the seams of the suitcase was especially tricky as the leather is so old and fragile that in some places the new stitches would tear right through the leather or it would crumble as I tried to insert the needle. I used PVA glue to stick the leather back on to the suitcase and linen thread from my stash to sew the seams. I definitely got better at it as I went.

The next thing I had to do was to bust out the rivets that were holding the broken lid straps in place. This step almost broke me and I put it in the too-hard basket for ages. After all my hard work of painstakingly stitching the seams back together, I was terrified of messing it up. I bought some tools online that turned out to not be quite the right thing then got some pliers from Bunnings to chop off the head of the rivets only to find I already had a pair in the toolbox at home! After the rivets came off, I repaired the broken straps by stitching new pieces of leather on to the ends.

Note to self: always remember to check what you already have before going out and buying new stuff! 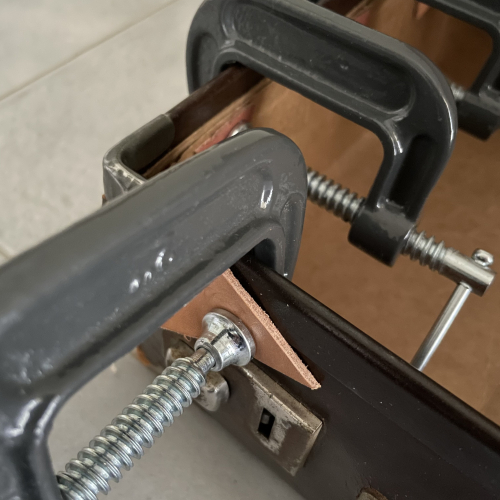 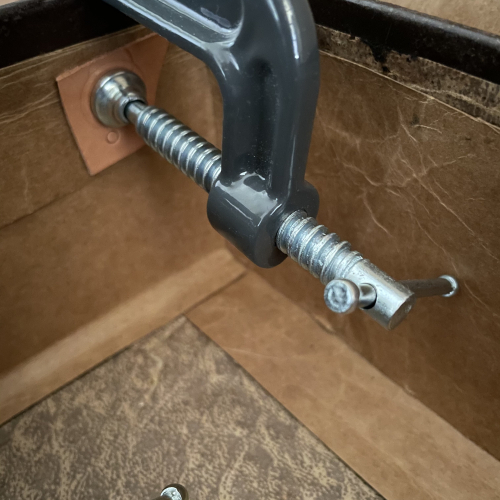 Once that was done, I used some stiff brown paper that a package had been wrapped in to line the inside of the box and cover up the original peeling paper. I cut it all down to size and used PVA glue again to stick it on. I bought a series of little clamps to hold the paper in place while the glue was drying with scraps of leather under the ends of the clamps to stop them damaging the suitcase. I let each section dry for 24 hours before moving on to the next one.

The final step was to attach new rivets to the leather straps and hope that my measurements were right and the lid would stay open.

As I was working on bringing this suitcase back to life I imagined what it would have been like to have the skills to make it in the first place. I pictured a workshop in the 1930s filled with tools, cardboard, leather and fastenings. I could almost smell the leather and hear the sounds of a busy workshop filled with people making suitcases. I would love to be able to make something like this from scratch.

The things we make are precious. We need to treat them with respect and take care of them because the resources on our planet are finite. The amount of waste we create breaks my heart. Instead of throwing things out, we should be repairing them and breathing new life into them. And if we can't repair them, salvage what ew can from them. Cut off the old buttons from a shirt and use the fabric for rags. You know, all that thrifty stuff our nanas used to do because they couldn't just order a new one online.

This project was my first ever restoration job and it really tested my ingenuity and skills.  I had to keep reminding myself that I only paid $5 for the suitcase and that if I messed it up it wouldn't be big deal. Except of course I knew it would be because of the time and love I had already invested in it. In bringing it back to life, I became attached to it and couldn't imagine throwing it out or failing. It was the thought of having to throw it out that kept me going.

Imagine a world where we all repaired the things that were broken (including ourselves) instead of throwing them away.