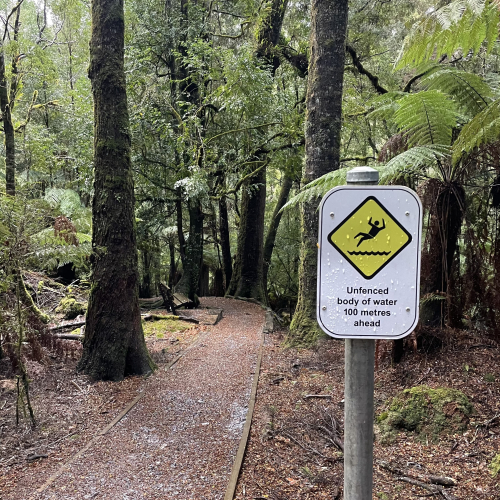 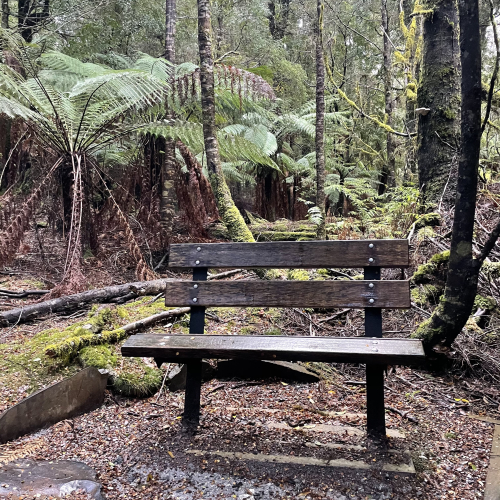 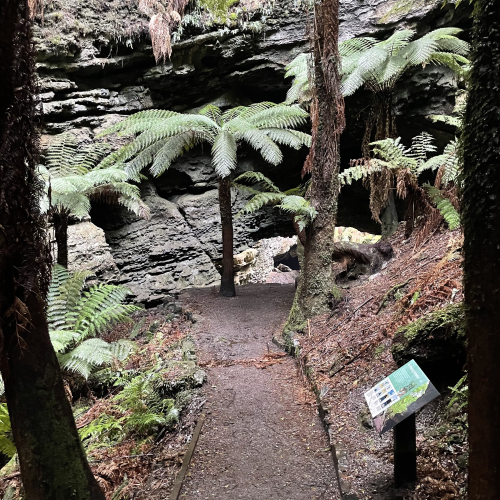 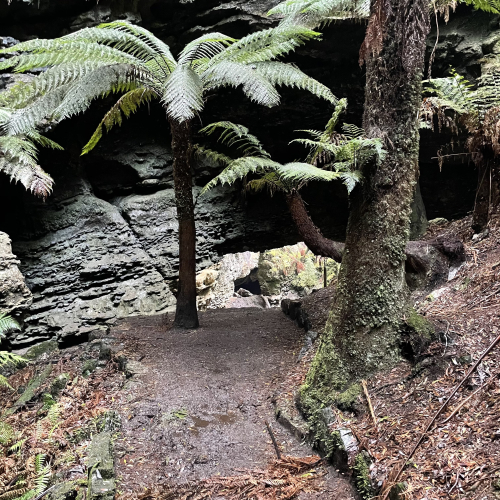 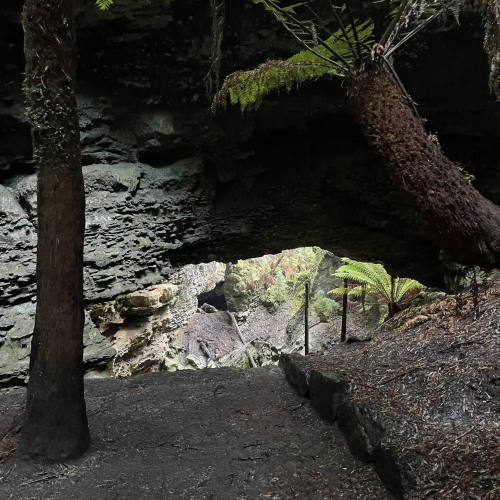 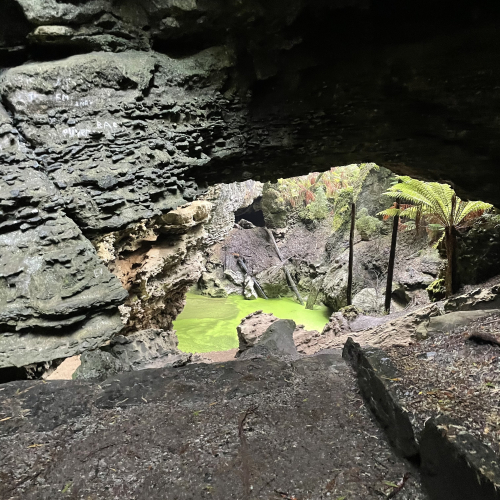 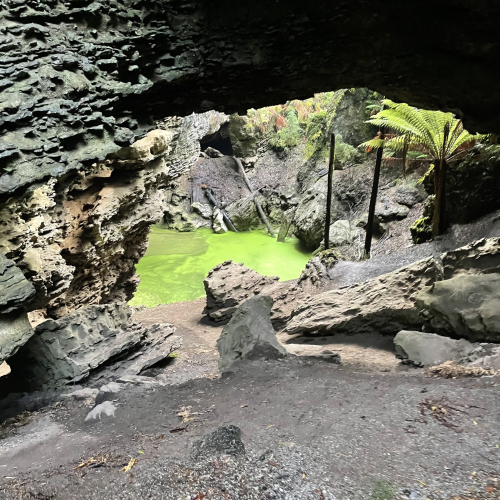 Today we did a day trip from our base in Stanley to see the inland part of the Tarkine Drive. Our first stop was the Trowutta arch. We weren't expecting much from our first foray into the temperate rainforest of the Tarkine and were amazed by the sight that awaited us at the end of our fifteen minute walk. Of course, being us, the walk took a lot longer than fifteen minutes as we all stopped several times to take photos on the way! 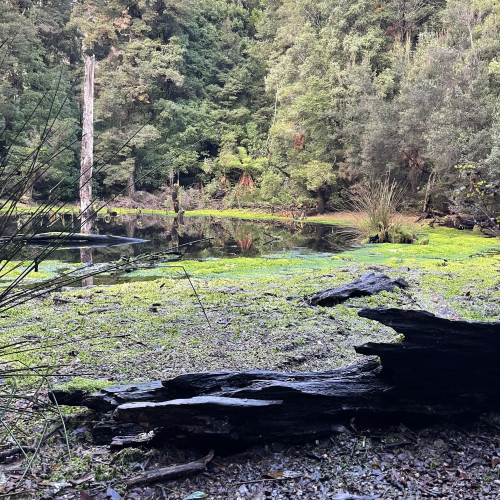 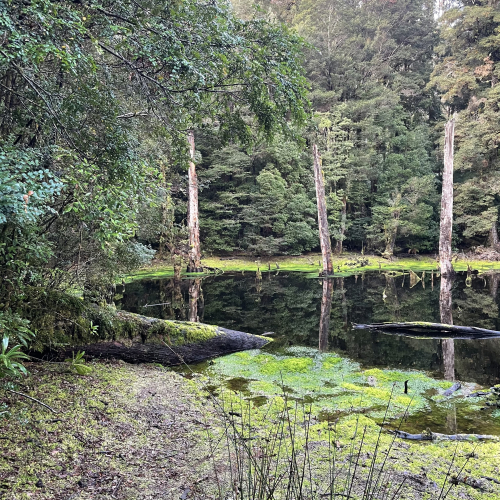 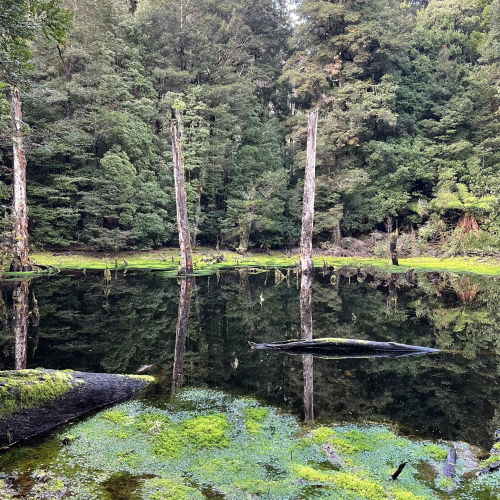 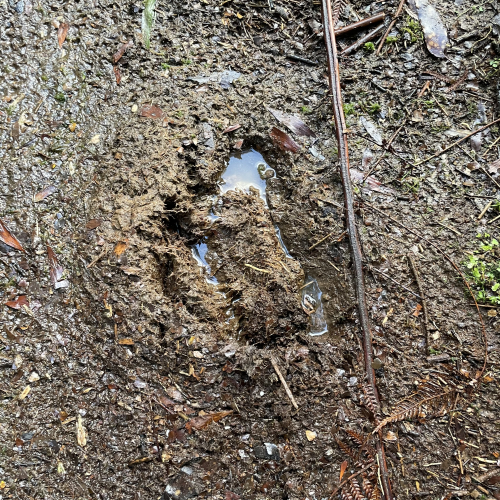 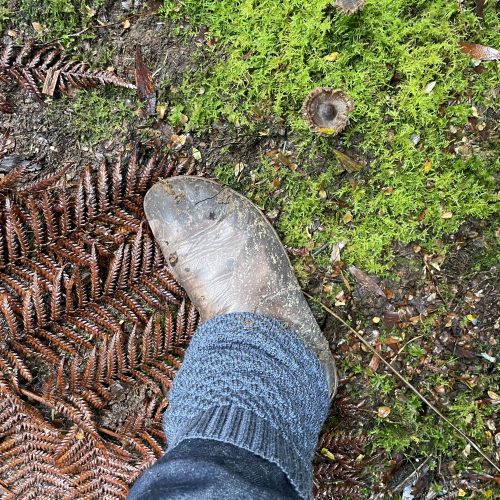 This part of the world is known as sinkhole country with hundreds of sinkholes in the area. The rocks beneath the surface are dolomite rocks. These carbonate rocks are soluble in water which creates gaps and cracks under the ground that cause slumps and hollows on the surface. This sinkhole and the one at Lake Chisholm are filled with water.

I managed to create a new sinkhole when I walked of the track to get a closer picture of the sinkhole. I didn't realise the earth was so soft here! 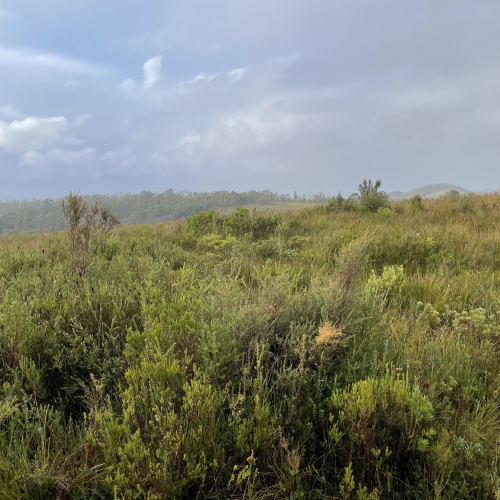 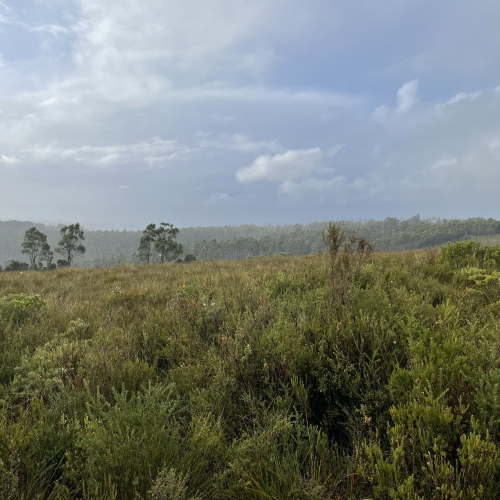 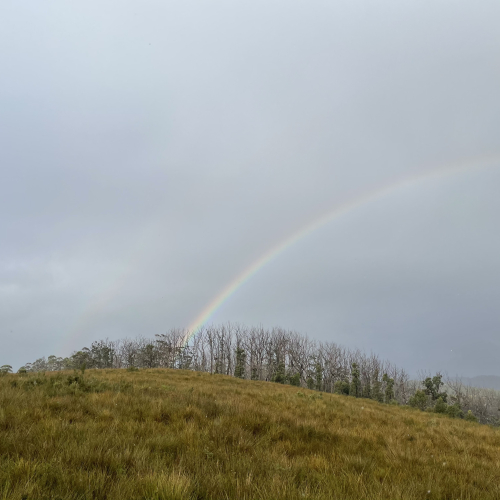 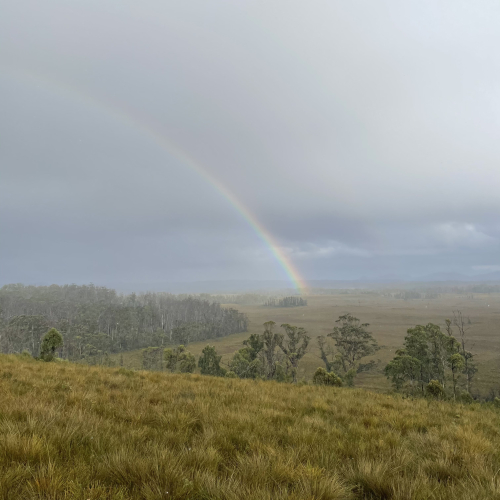 Our next stop was the buttongrass meadows at the Desmpster Plains Lookout. After bumping along a gravel road for about ten minutes we came to a wooden lookout by the side of the road. It looked pretty uninspiring until we climbed the track behind it and discovered the actual lookout further up the hill. It started raining halfway up the hill and when we got to the stop we had this breathtaking view. Pus bonus rainbow!

Buttongrass is a sedge that has button like flowers and seed pods. It thrives in infertile and poorly drained soils. Areas such as these that are dominated by button grass are referred to as moorland or plains. First Nations custodians used fire-stick farming to create these moorlands for hunting and ease of movement. During the button grass created some and flames that flushed out animals. Fresh growth after the fires in turn attracted more wildlife. 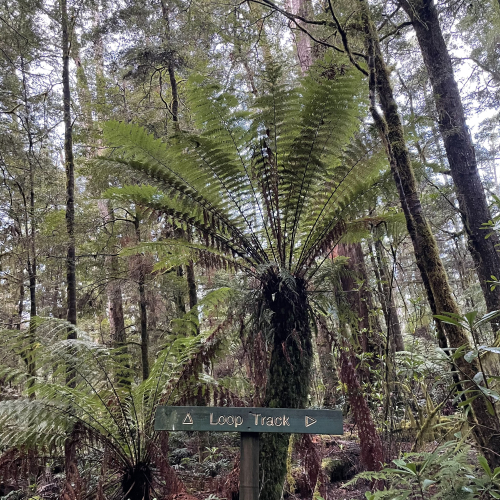 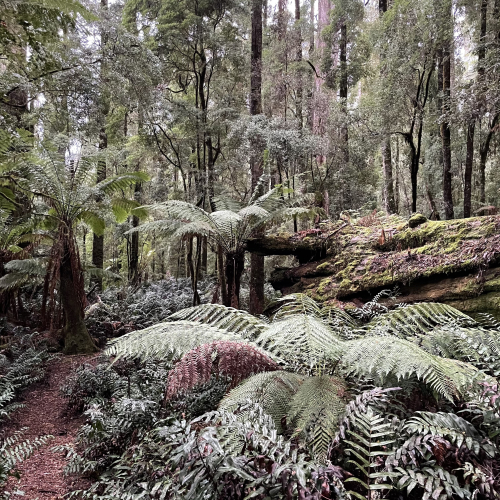 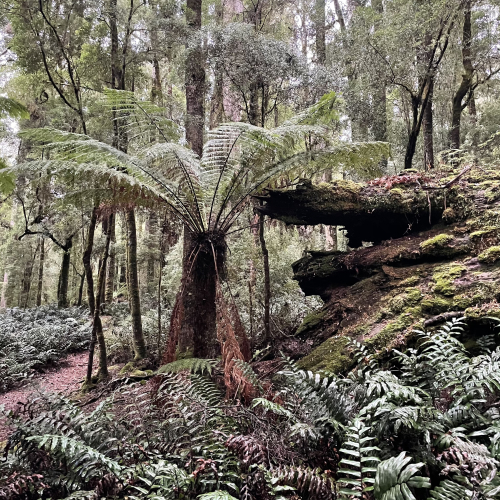 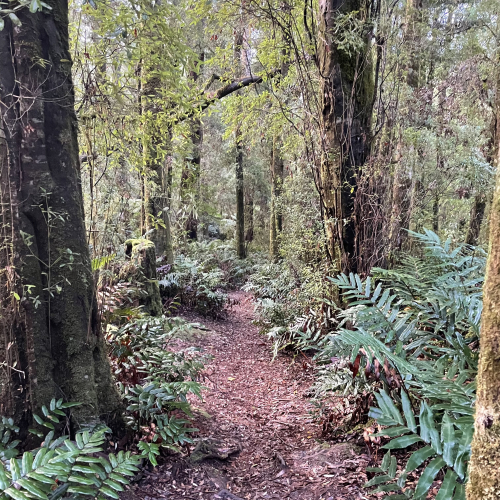 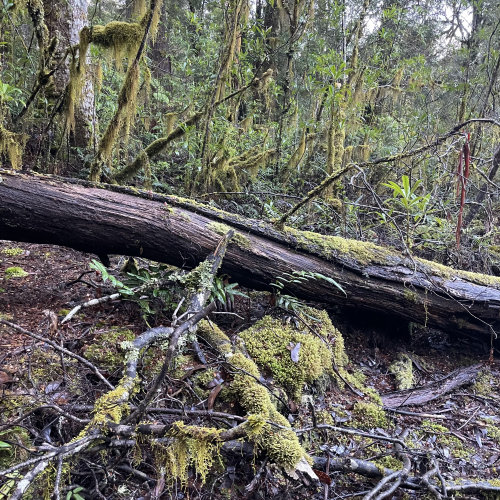 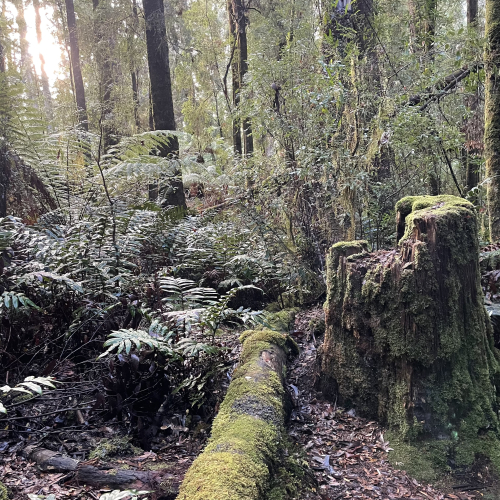 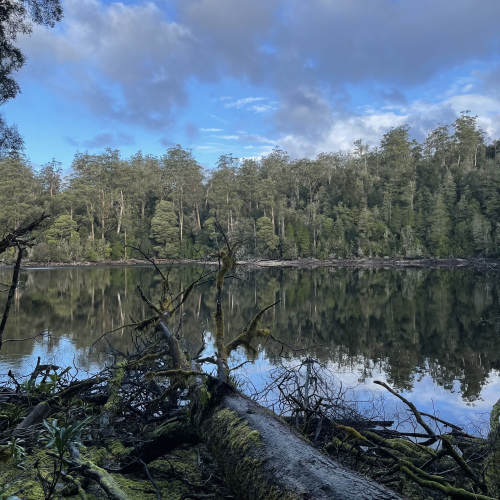 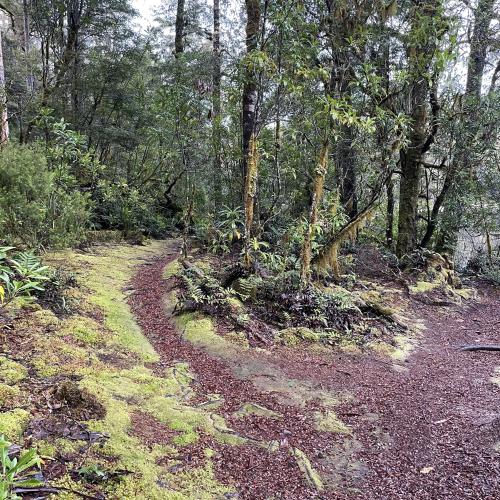 From there our next stop was the limestone sinkhole of Lake Chisholm and all the amazing trees, ferns and line growing on everything near the 'lake'.

Of all our stops today, the most magnificent scenery occurred in the spur of the moment stops, not the ones that I had planned and marked on our map of the area. I don't know if it was the serendipity if the moment colouring them or the surprise that made them seem so wonderful. Perhaps its something about not having any expectations and letting the splendour of the place carry you away. Whatever it was, I am grateful for this beautiful day in the Tasmanian wilds!