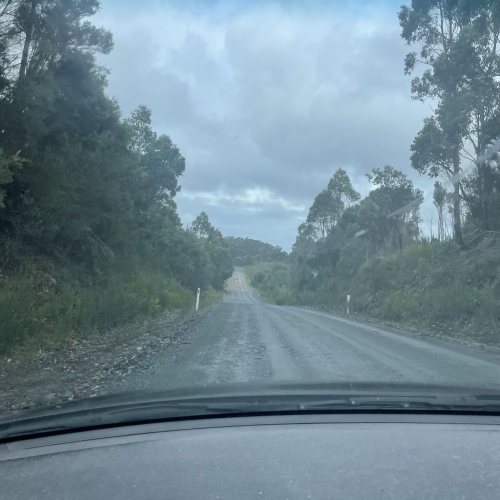 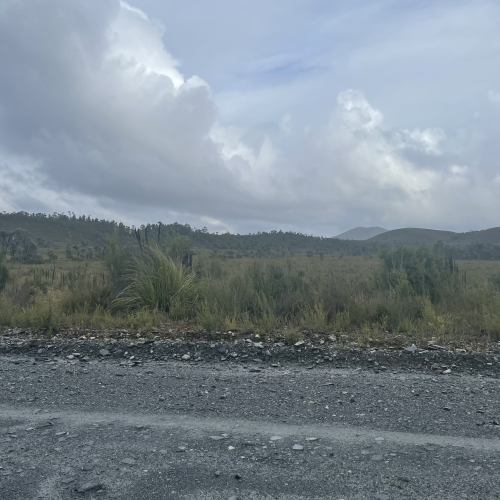 Yesterday we had an exhilarating and at times harrowing two and a half hour drive on gravel roads through the heart of the Tarkine from when we turned off the bitumen road of the Tarkine tourist drive down to Corinna. 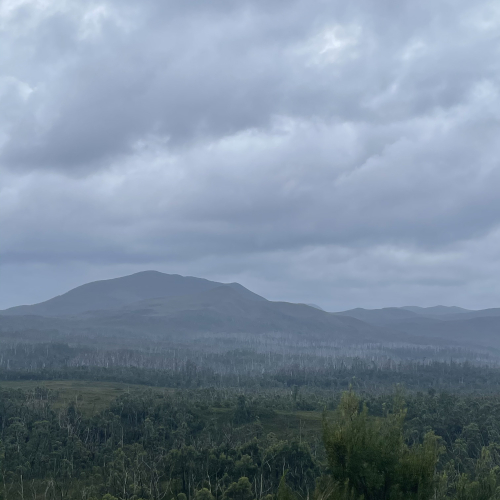 It is some of the most stunning countryside I have ever seen and definitely the most remote I have ever been. We only saw one other car going in the opposite direction in the entire time were on the road. The gravel road twisted and turned up and down hills as we travelled 78km bouncing along the potholed roads. Occasionally a small bird would fly across the front of the car or water would form a creek and run alongside the road. Every fifteen minutes or so we would be in new terrain with different vegetation. 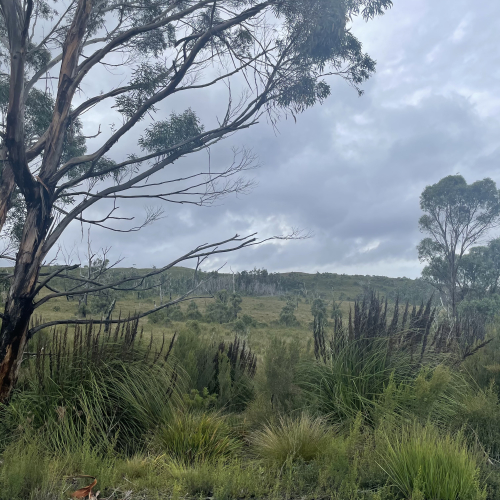 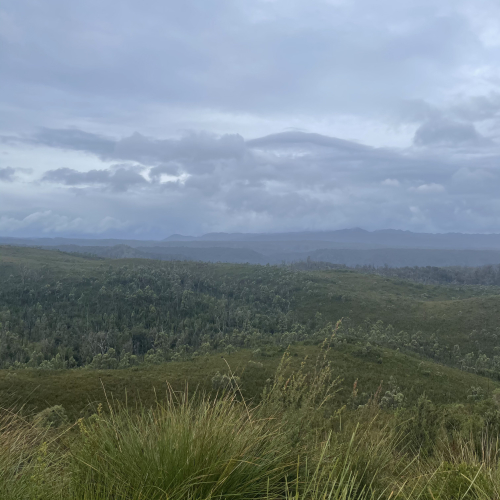 My favourite part was the rolling hills of the button grass moorlands dotted with trees. I'm assuming it was button grass, but I don't rightly know. I wished for a local tour guide, well versed in plant knowledge snd geology of the area to tell me what we were seeing. I wondered if this was what the country looked like before invasion, when First Nations peoples cared for the land.

About two thirds of the way in after hitting a rock that scraped the undercarriage of the car (not hard to do as our Subaru Liberty is sporting roof racks, a bulging roof sack, a full boot and four bodies) I had the realisation that if we broke down or had an accident, there would be no-one to help us. The thought of having to unload the boot to change a flat tyre made me break out in a sweat. If we had a crash...there was no-one who knew where we were or where we were planning on going. There would be no-one in Strahan waiting for us to arrive and calling emergency services if we didn't show up.

Luckily for us, the lovely G is an excellent driver, the car held it together and the rain held off for most of the way. There were also stretches of bitumen on steep parts of the road which were a welcome relief from the bone shaking, car rattling and ear deafening crunch of rubber on rocks. If you do this drive I would highly recommend you do it in daylight hours as at night there is lots of wildlife (especially the endangered Tasmanaian devil) and it's recommended that you drive at 45km/h from dusk till dawn to avoid killing them. 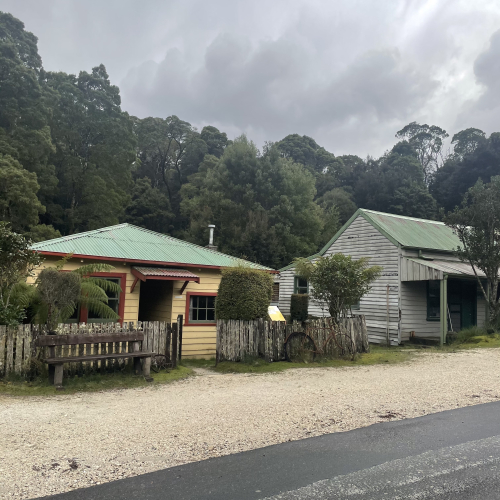 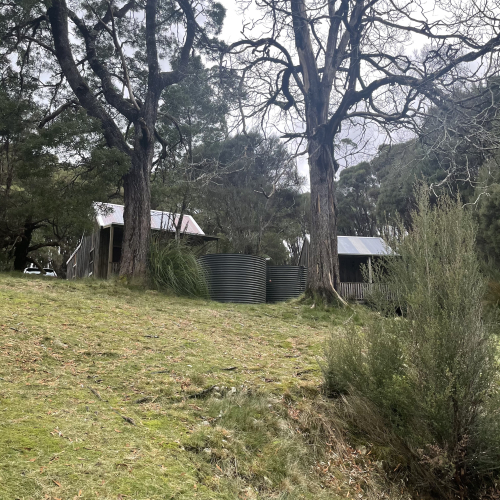 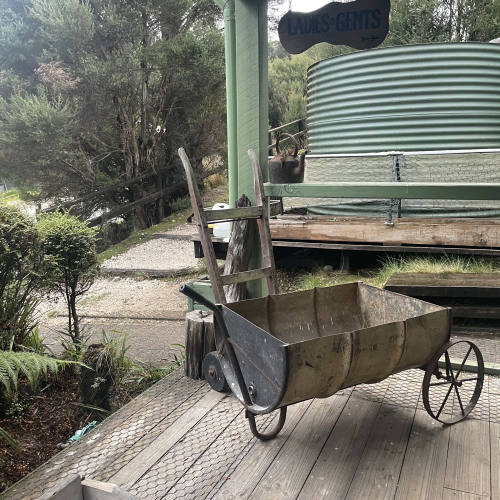 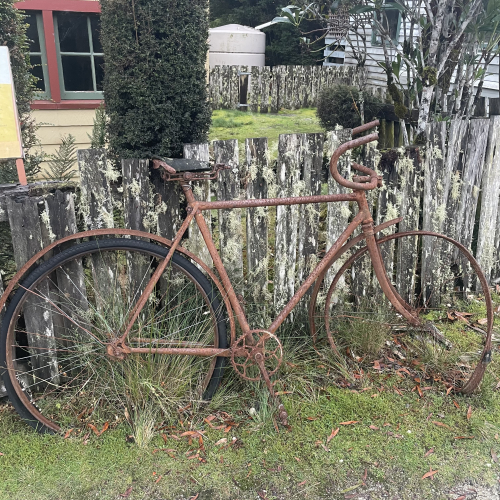 In spite of my fears, we managed to get to sleepy Corinna with plenty of time to spare to catch the Fatman Barge across the Pieman river.

It's the last remaining cable barge in Tasmania. If we didn't make it by 5pm we were going to have to turn around and retrace our steps to find somewhere to spend the night. Corinna consists of the Tarkine Hotel and a handful of historic cottages which have been converted for tourist accomodation-all of which we fully booked-and nothing else. 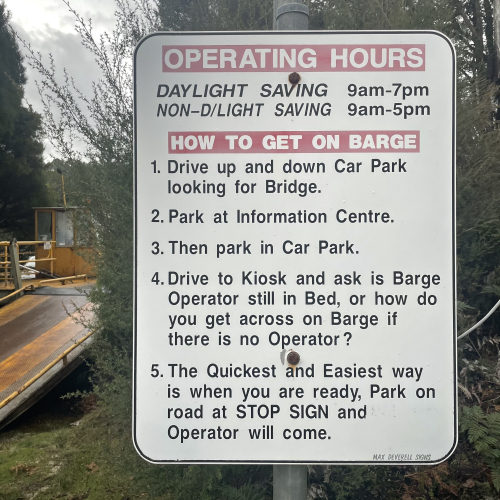 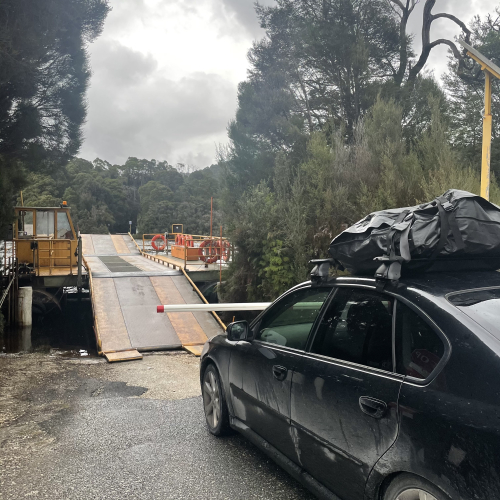 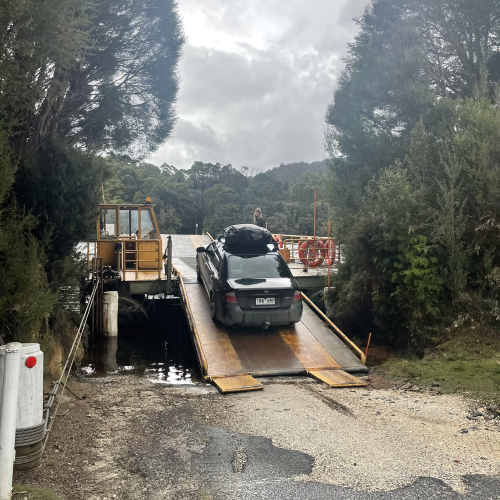 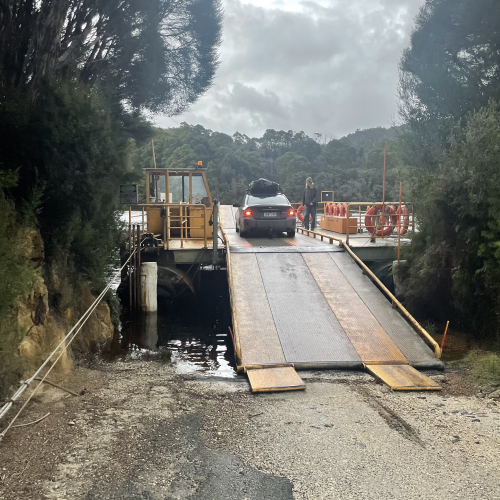 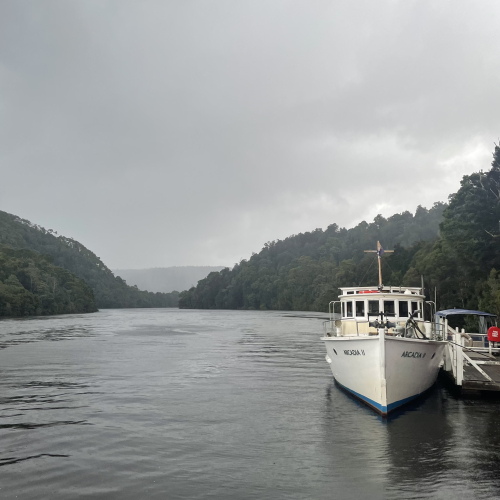 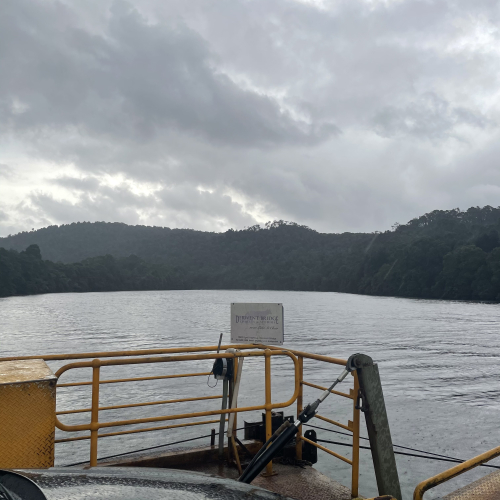 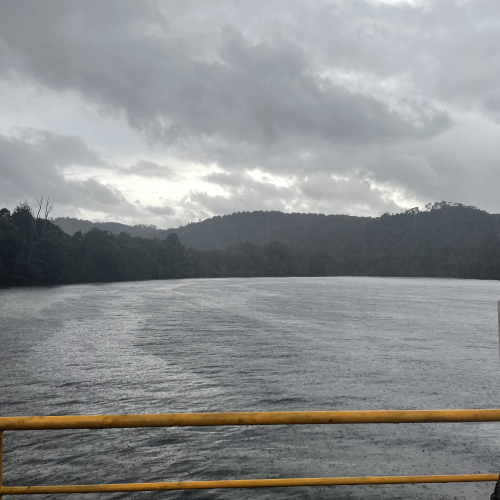 It was a stunning drive and I am so glad that we did it and that the Lovely G is such a calm and steady driver. I would like to come back one day and spend the night in Corinna but travelling north from Strahan rather than south from Arthur River to avoid the intense drive.