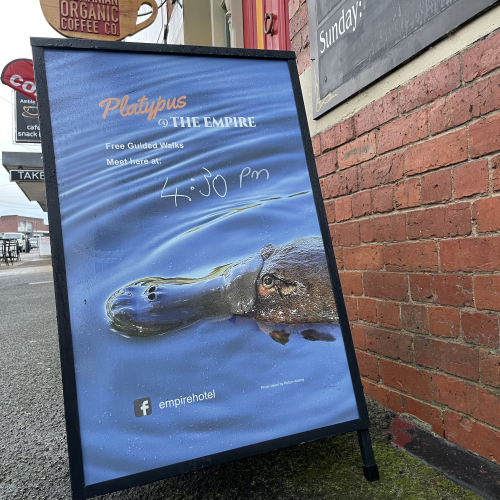 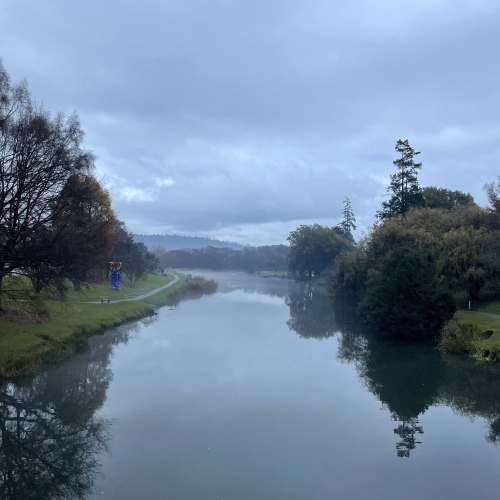 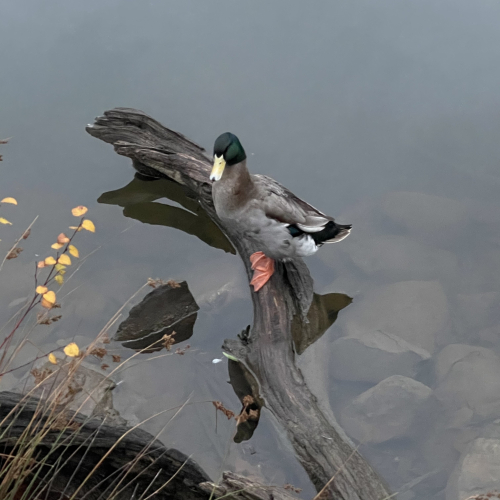 Platypus are renowned for being shy creatures that are hard to spot in the wild. The only time I've seen one was a couple of years ago here in Tassie in my friend's dam in the Golden Valley.

The girls of course have never seen them so this afternoon we braved the rain and the cold and headed down the street to the Empire Hotel where we met the publican, Mark, who took us on a platypus walk.

It was great to hear his stories about the town and the local area. And of course all about that magnificent creature, the platypus. It is one of only two monotremes in the word (the other being the echidna). They have receptors in their bills that can sense minute electrical currents as they nose about on the river bed with their eyes closed for food. Their bills are rubbery and strong and apparently not like a ducks except in appearance. The males have poisonous spurs on their legs and they store their fat in their tails!

This stretch of the Meander River is known for having up to seven platypus at a time cruising along the water. We managed to get a glimpse of one disappearing into its burrow on the bank next to the main bridge into town. A flat and a splash and it was gone!