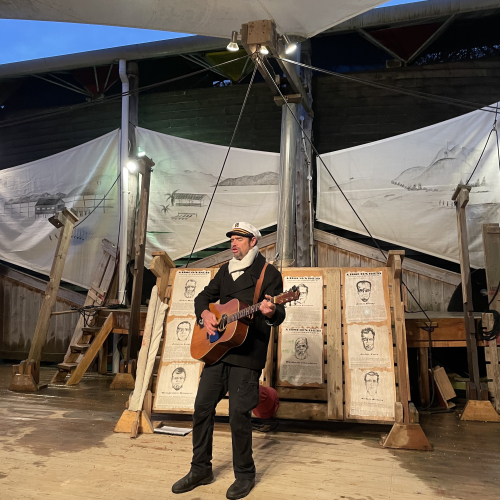 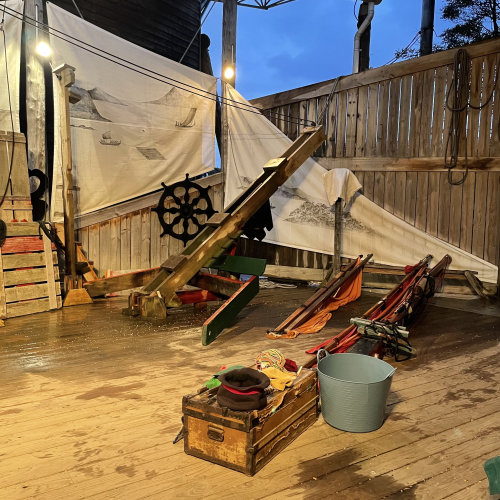 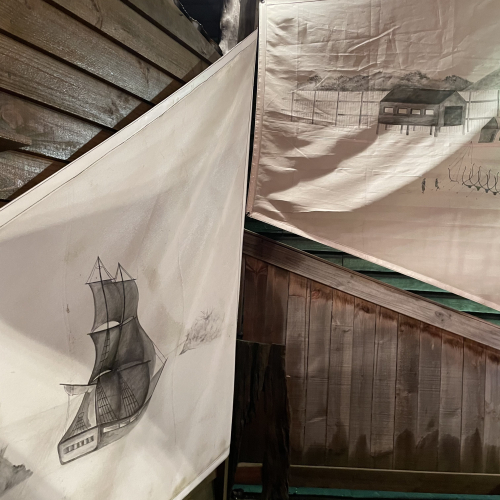 I've tried to find a whole range of different things for us to do on our Tasmanian adventure. We're mainly travelling in the northern part of the island on this trip and doing coastal regions as well as inland areas. I'm hoping to come back later in the year so we can explore Hobart and surrounds in the south. I personally like a variety of things to see and do but I am conscious of planning a trip for the whole family so I am trying to pick something for everyone in the family. The lovely G has a passion for waterfalls so the more of them the better. Miss Twelve wants to see all the big ticket natural places - the Tarkine, Wineglass Bay and Bay of Fires. And Miss Sixteen wants to do as many different things as possible and I am happy to oblige!

We got into Strahan last night in the dark and the rain. It's been raining all day so we spent it in our cabin at the caravan park reading, playing games and for me, writing. After all the travelling along bumpy gravel roads and packing and unpacking the car it was heaven to spend a day being still.

Tonight we bought some tickets and checked out the play, The Ship That Never Was. It's Australia's longest running play and has been going for twenty eight and a half years with over 6,500 performances! Written by Richard Davey, it's now produced and performed by his daughter Kiah and the Round Earth Company.

It's performed outdoors and under cover in all weather from September to May. It was freezing tonight but the Round Earth Company had our backs. The wooden boards had soft, squishy cushions for us to sit on, woollen blankets were provided to cover laps and they handed out hot water bottles to warm hands. It's definitely the cosiest performance I've ever been to in spite of the cold and the rain!

It's also the most fun theatre experience I've been to in a long time and great for families as there's heaps of audience participation. Lots of people are pulled from the audience and given props and costumes to be part of the cast. Be that a parrot, cat, octopus or convict, there's something for every budding thespian!

Our evening began with sea shanties sung by Captain Doug whose day job is sailing the River Gordon cruise ship, making his traditional shanties particularly authentic. He told us tales of the 12 metre waves he had seen outside the gates of hell earlier in the day. The gates of hell is the name for the entrance into Macquarie Harbour where Strahan is located. 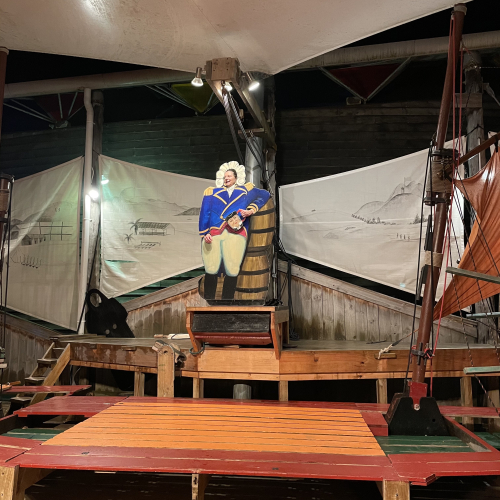 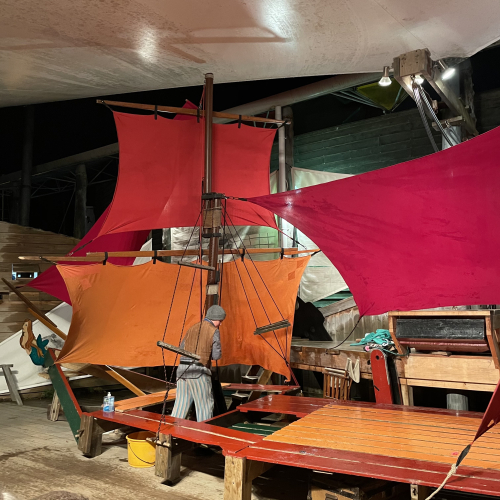 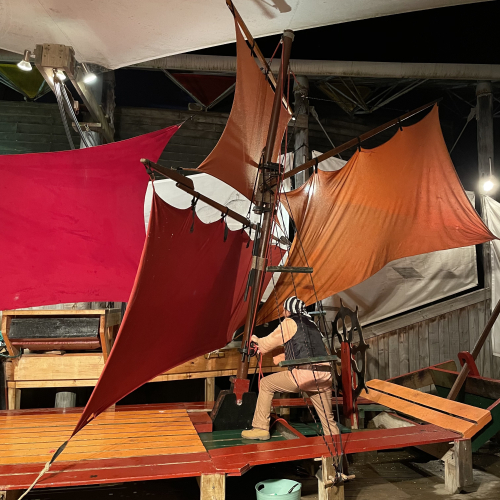 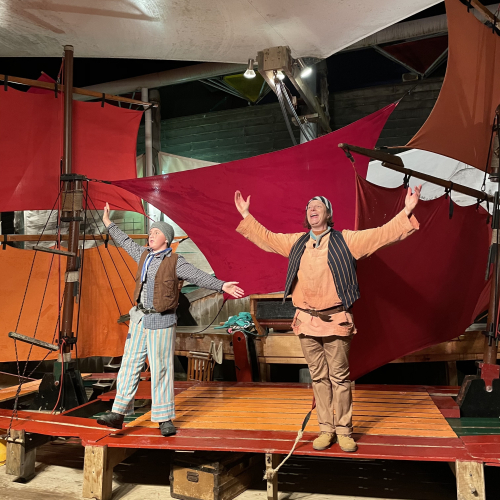 The play tells the story of the dramatic convict escape from Sarah Island in Macquarie Harbour. It was dubbed hell on earth by convicts for its atrocious conditions. The set was incredible. Sails painted with various scenes formed the backdrop. Various pieces of timber lined the stage and over the course of the evening were transformed into the brig or ship (that never was).

There were only two actors but helped by the audience they told the dramatic tale with flair and humour. There were lots of puns and pop culture references as well as a lot of information about the place and time of the escape. It was a great way to learn some Australian history and Miss Twelve was pulled out of the audience to play the past of Russen, one of the convicts. She loved being able to 'fire' a musket and spray the audience with water during a 'storm'.

If you're in Strahan I highly recommend catching a performance of The Ship That Never Was. I haven't laughed so much in a long time!