Dancing To The Beat Of A Different Drum 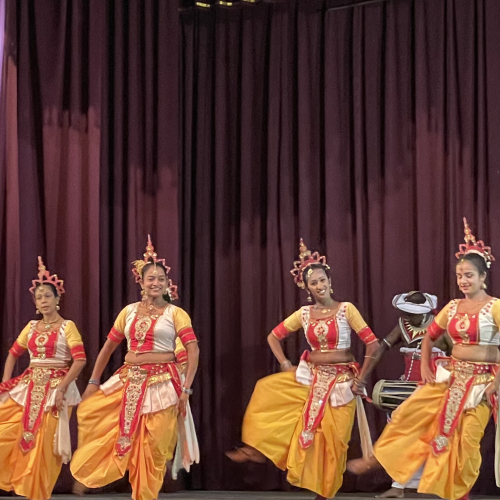 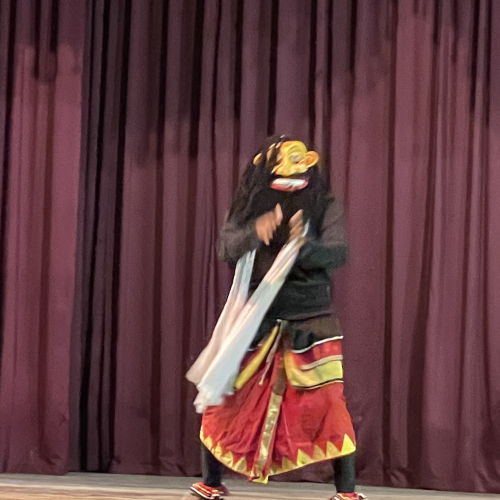 I can remember the first time I saw Kandyan dancing. It was back in 1982 when my Mum and my Dad, who was the President of the Sri Lankan Association of Victoria at the time, organised for a troupe of Kandyan dancers to come to Melbourne. The Sri Lankan High Commission had brought them out from Sri Lanka to appear at the Commonwealth Games in Brisbane.

They were billeted in the homes of the Sri Lankan community in Melbourne and while they were here Mum and Dad organised for them to do some sightseeing around Melbourne when they weren’t performing. Dad also appeared with them on television on the Graeme Kennedy show. A special set was built for their tv appearances and Dad organised for it to be borrowed for their performances. I can remember going out late at night, to illegally paste posters advertising the performances on street walls and telegraph poles around Melbourne! 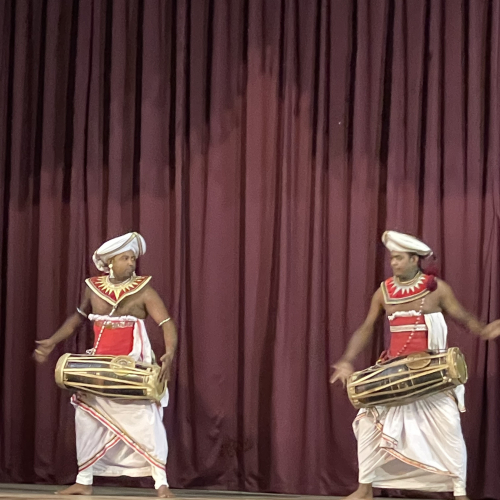 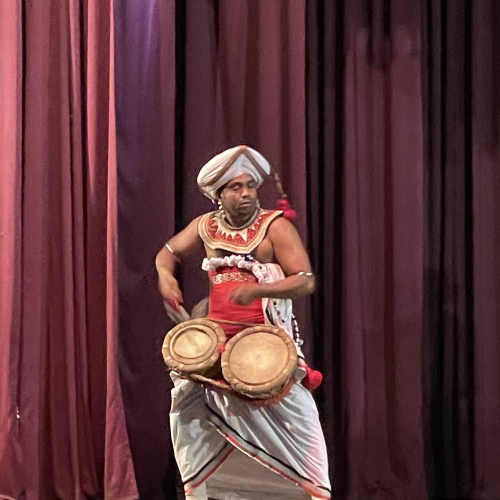 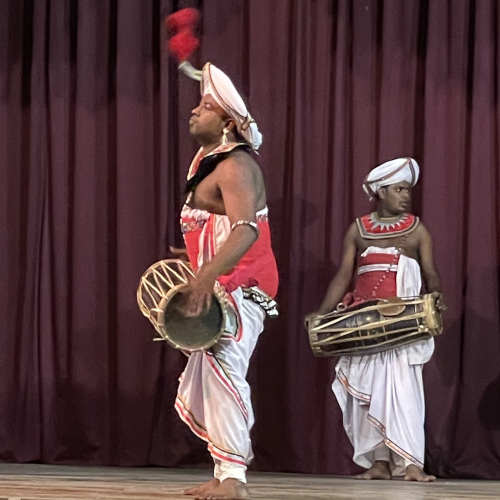 Kandyan dancing reminds me of elements of Indian and Balinese dancing. It’s graceful with bare feet stepping the boards and elegant hand gestures. The costumes of Kandyan dancing are incredibly colourful and the dancers dance to live drumming. The beat of the drums is very different to what my Western ears are used to.

When my folks brought me to Sri Lanka for the first time in 1984 we visited Kandy and saw the dancers performing at the government sponsored Kandyan Cultural Centre on the edge of the lake in Kandy. I loved the acrobatics and was mesmerised by the fire walking at the end. Seeing those bare feet dancing through the flames was incredible. 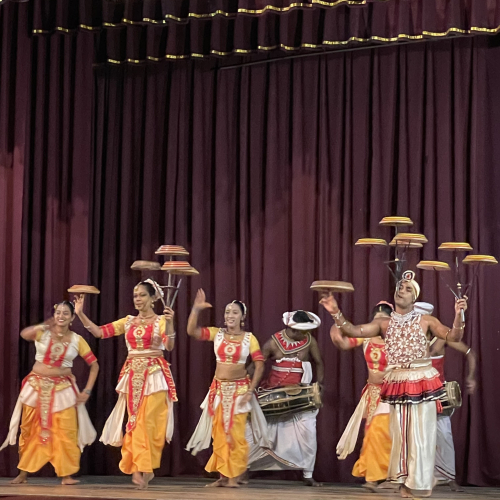 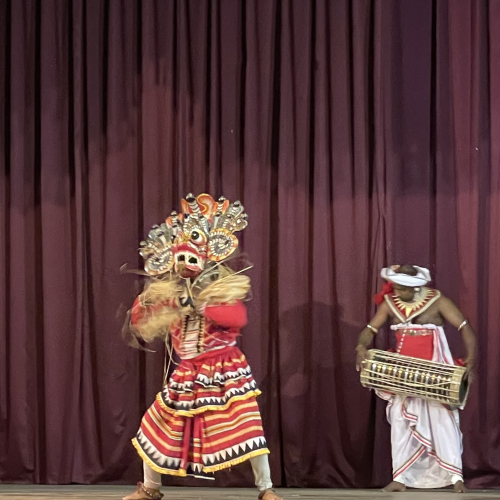 Last night my girls got to experience Kandyan dancing for the first time and in Kandy too - a real authentic experience! I remembered all the dances - the harvest dance and the peacock dance. The incredible plate spinning and the acrobatics. The devil dance of the cobra being chased by the garuda. The comedy act and the drummers. And the fire - the twirling, dancing, breathing and walking. It was just as spectacular as it was when I was twelve and my girls loved it as much as I did. 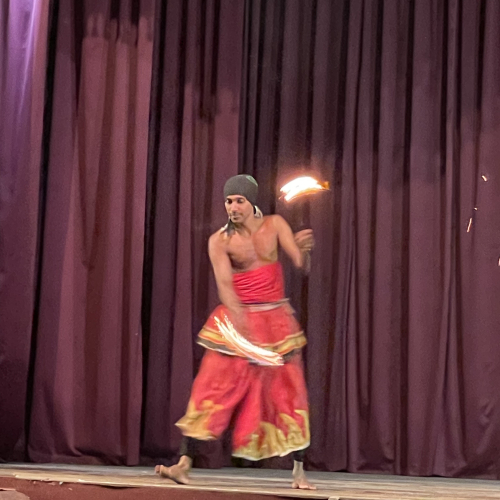 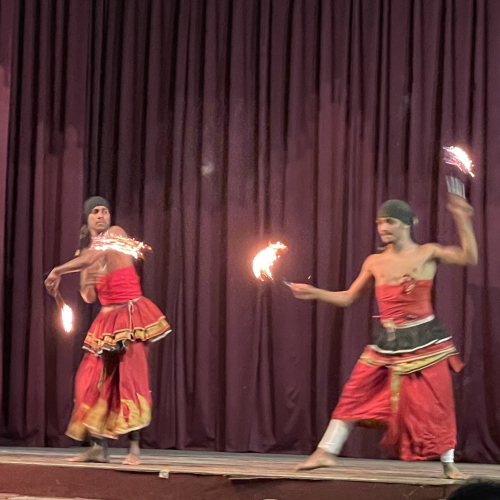 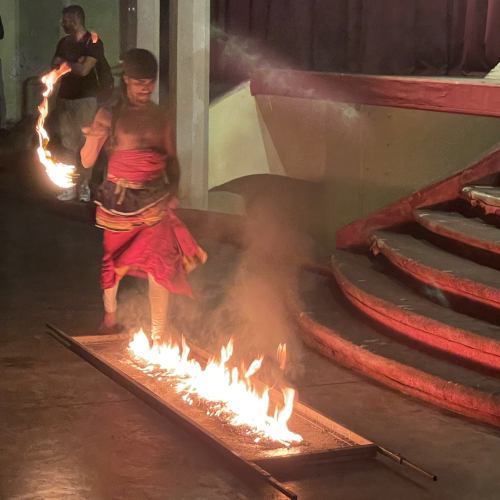 To top off the evening we got a tuk-tuk back to our hotel because Miss Twelve has been wanting a ride in one ever since we first got here. And who can blame her? Riding around the streets in a dodgem car is the best fun ever!