On the Rails Again 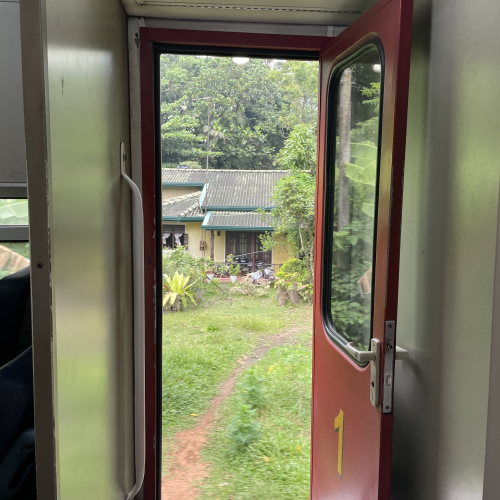 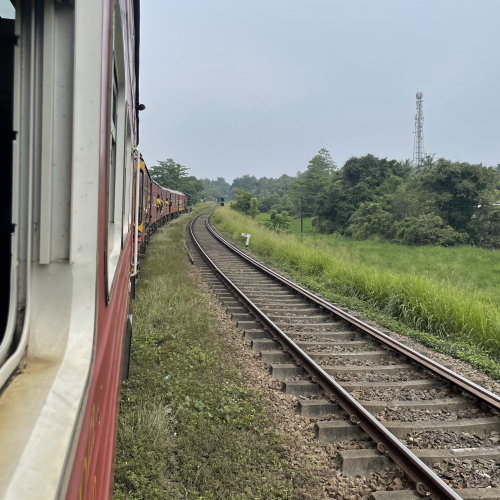 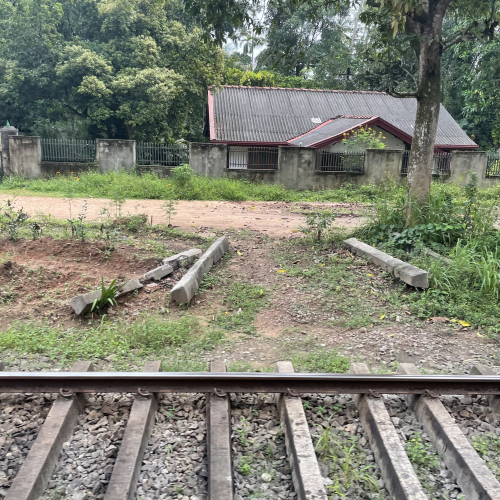 Trains are still very much a part of daily life here in Sri Lanka with not many people owning a car. There are loads of tuk-tks, motorbikes and small vans on the streets as well as people riding bicycles and huge buses packed with commuters. Family sedans are much more rare. 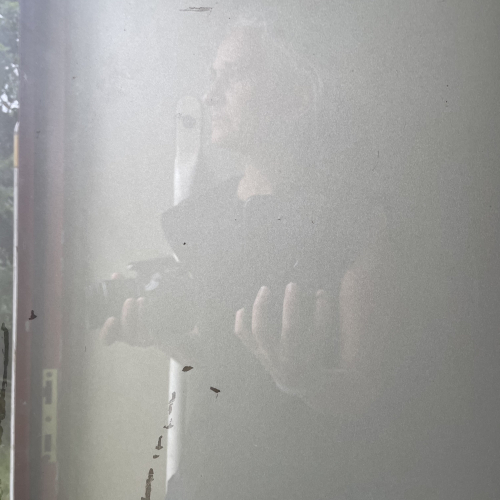 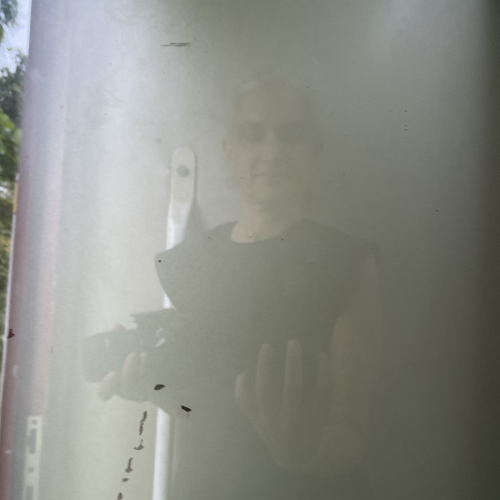 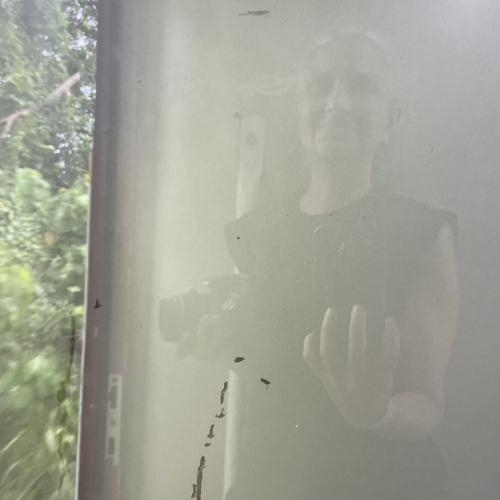 The train from Colombo to Badulla passes through some of the most spectacular scenery and the section from Kandy to Ella is known as one of the best train journeys in the world. A month ago, back home, Mum and Dad got online to book us tickets in the observation car at the back this train. This car is the last one on the train and has huge windows at the back that overlook the track and the scenery going past. I won’t say zooming or whizzing as this train isn’t particularly fast but that’s okay because there’s so much to see and you can get a halfway decent shot from the moving train. 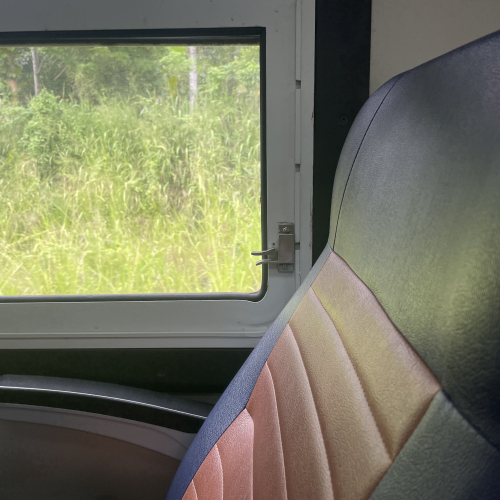 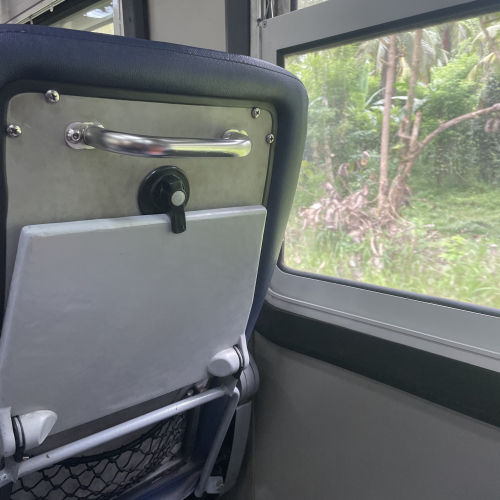 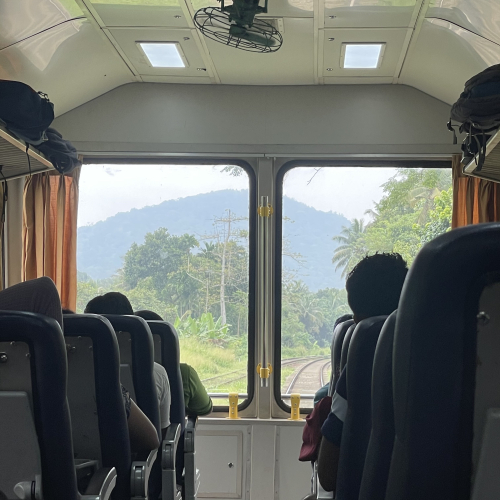 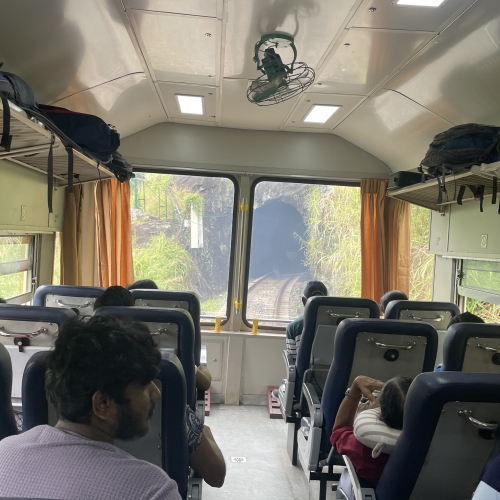 The carriage has fans in the ceiling which I think is a genius idea. Coupled with the open windows and the moving train, it’s pretty effective air-conditioning. Being in the observation car with reserved seats means it’s not packed wth bodies so it didn’t get too hot either. 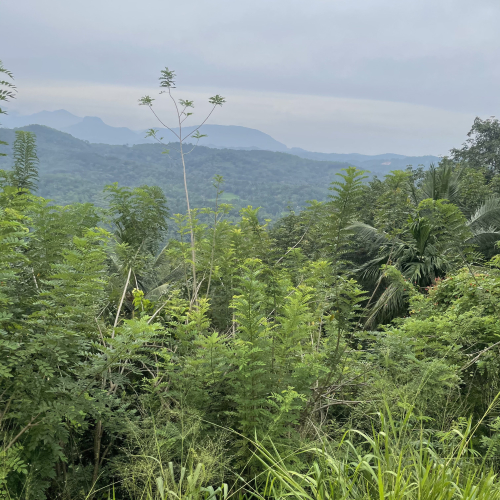 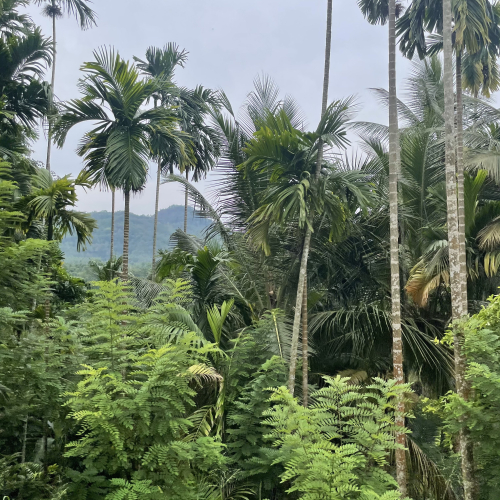 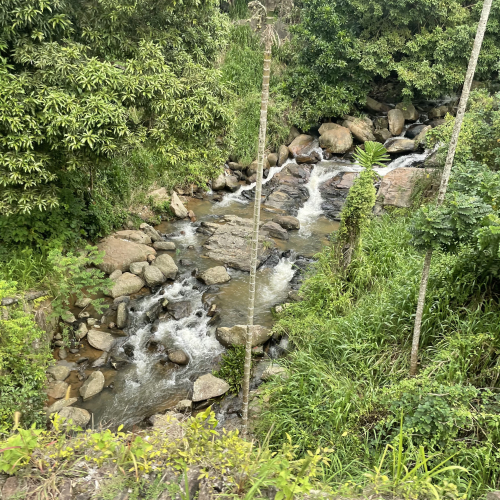 This morning we got the train to Peradeniya Junction which is just outside Kandy and were met by our driver Anura and his van. A good thing really as we have so much baggage. I tried really hard to pack light, honest I did, but with the economic crisis it was hard to know what we would be able to buy here and what wouldn’t be available. So I packed us one of everything just to be on the safe side. So far everything seems available so hopefully things are improving for the Sri Lankan people.