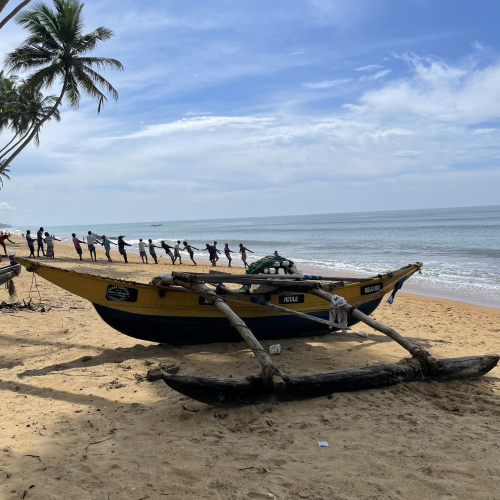 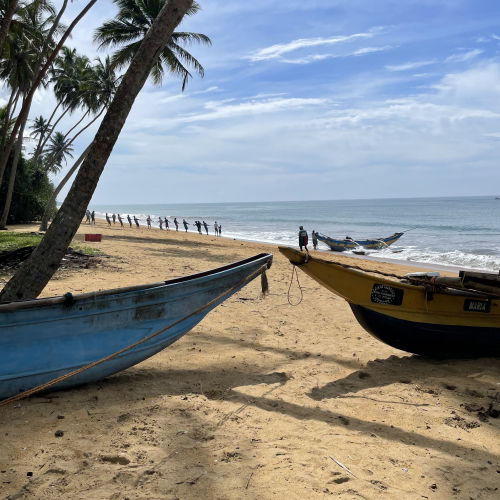 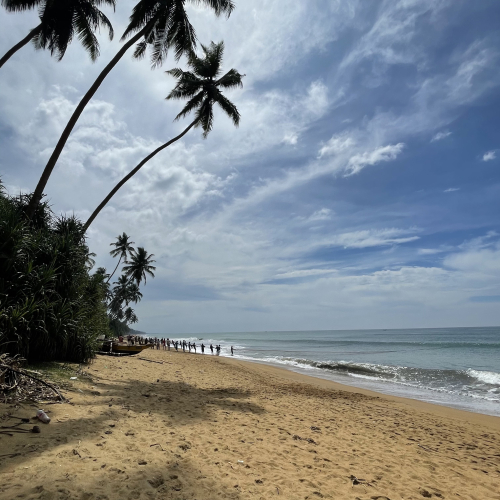 The people who own the villa we are staying in also own a piece of land across the road. Anura, the gardener and one of the caretakers took us to see the garden today. When they said garden I was imagining lawns, trees and bushes. Like something from back home. I was wrong. Think sandy floor with towering coconut palms fronting the beach and the Indian ocean crashing into the sand. 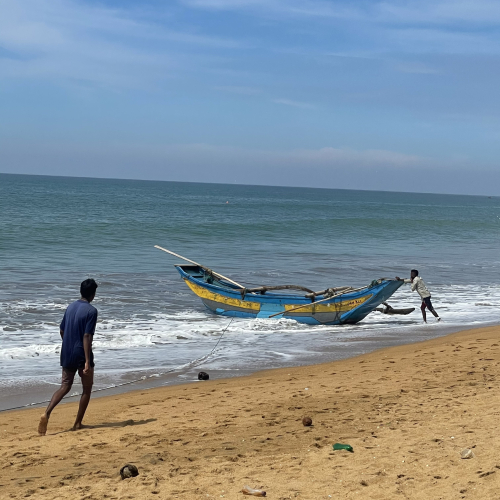 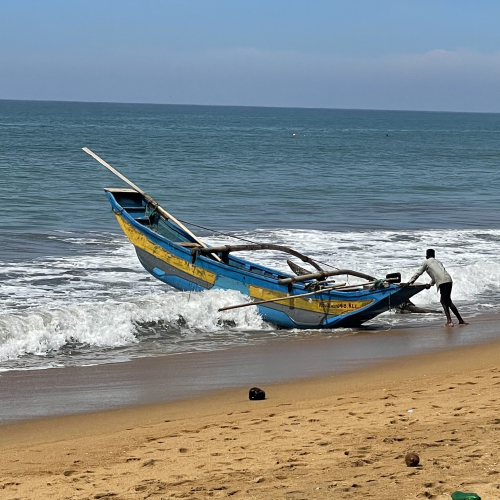 Dad asked Anura to organise someone to come and pick some coconuts for us so we could see how its done and also have fresh coconuts to eat! While we waited for him to arrive, we went for a walk on the sand and saw lines of people up and down the beach pulling on ropes that ran into the water. They were doing a call and response chant of some kind to keep in time as they hauled in the net for the morning's catch. Dad said it was going to take them at least half an hour so after taking some photos we went back to the garden to wait in the shade for the coconut man. And wait. And wait. When it's this hot, no-one moves fast. 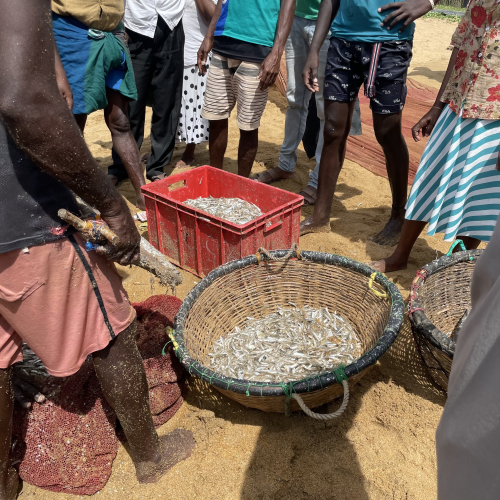 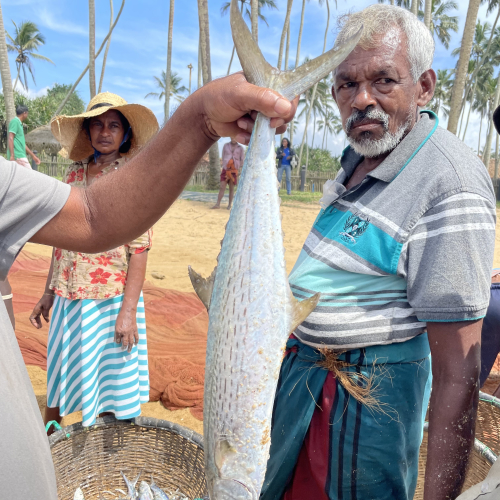 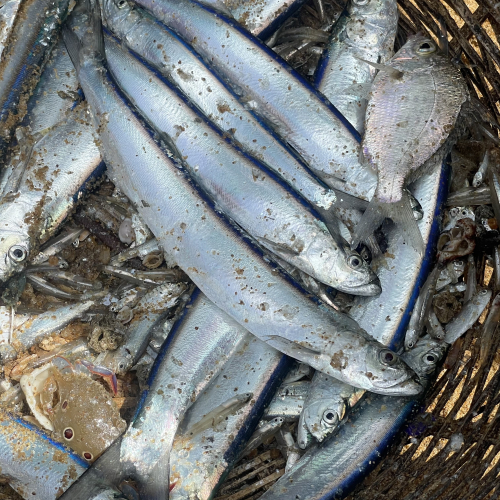 In fact, it took so long that we were able to go back down the beach and see the catch of the day being tipped into baskets for sale. 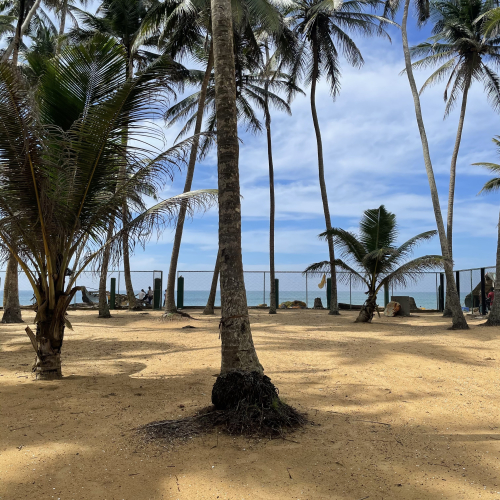 Watching the guy climbing the coconut palm with a t-shirt wrapped around his ankles to grip the trunk brought back so many memories. Dad organised for me to see the exact same thing when I was a kid!

The man scaled the palm in no time and then came the delicate operation of cutting off a bundle / cacophony (what's the plural non for a bunch of coconuts? I have no idea!) of nuts. A machete was tied to a piece of rope and hauled up to the palms crown. An enormous leaf was sawn, the machete stowed in the back of the shorts while the leaf was torn from the tree and dumped on the ground. Then rope was tied to the coconuts. They usually just cut and drop them but Dad wanted them to be undamaged so we could drink the coconut water inside. Finally, the coconuts were severed from their home and lowered to the ground. The machete was thrown to the ground not far from where we were standing (no OH&S here!) before he climbed down.