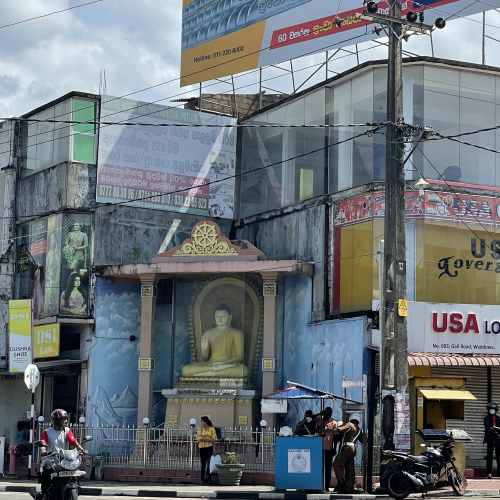 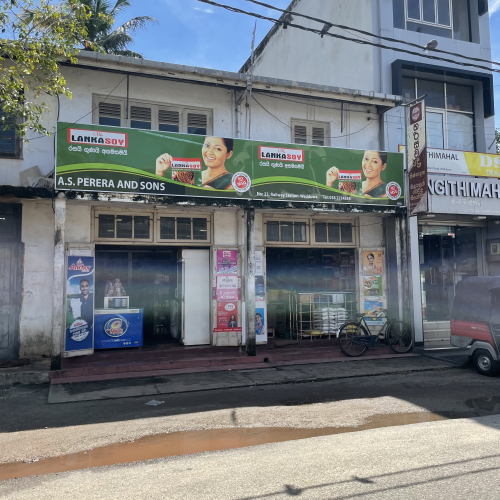 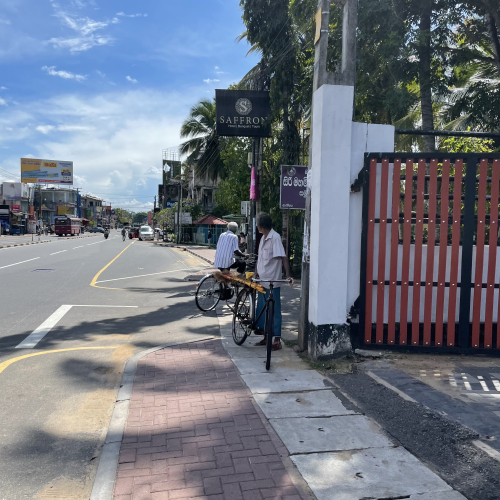 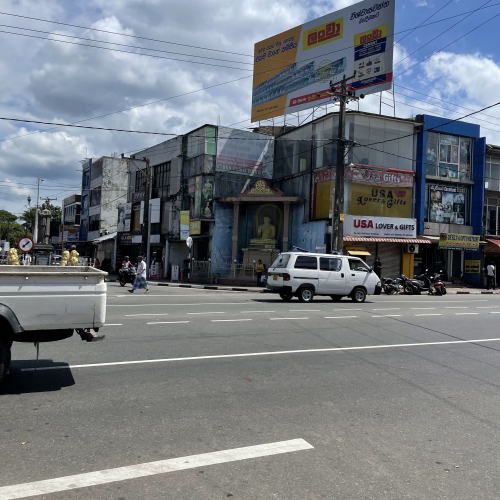 Dad and I walked in to the village of Wadduwa this morning to do some banking and buy our train tickets to Colombo for this afternoon. My cousin is going to drive Mum and the girls plus our luggage to our hotel in Colombo where we’re spending the night before heading for the hills. It's wonderful to be in a foreign country and have family close by. Such a novel experience. 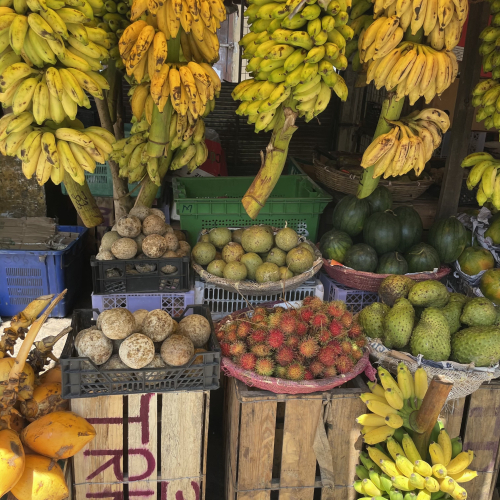 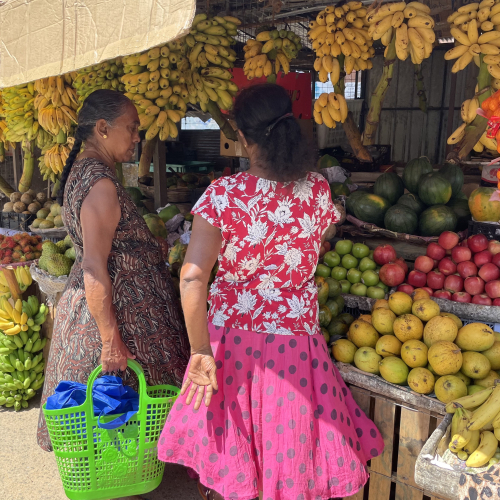 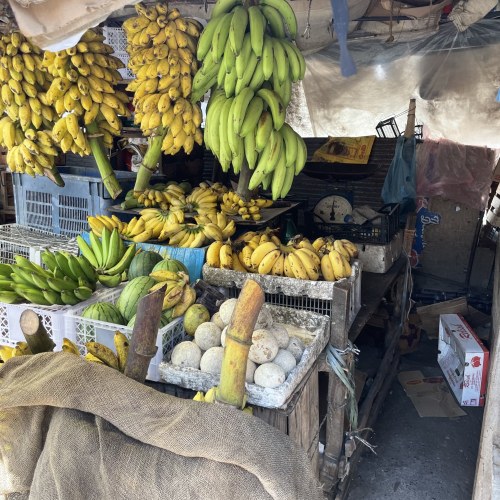 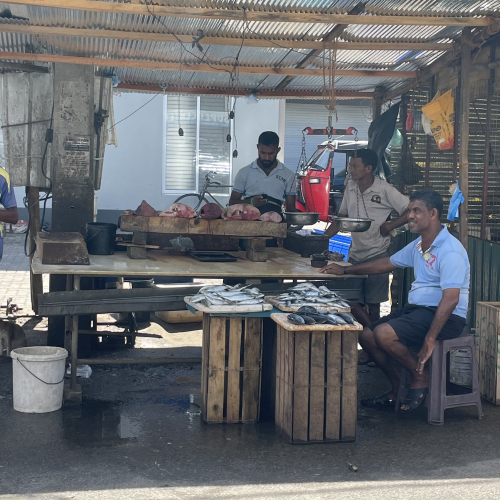 After a very long, wet, drab and grey Melbourne spring, it’s like a shot of caffeine straight to the heart to be walking along the dusty village streets in Sri Lanka. There’s so much colour and life. I don’t know if it’s the stalls perched on the shoulder, spilling out on to the road or something about the air and light making all the colours pop like in a technicolour  movie. 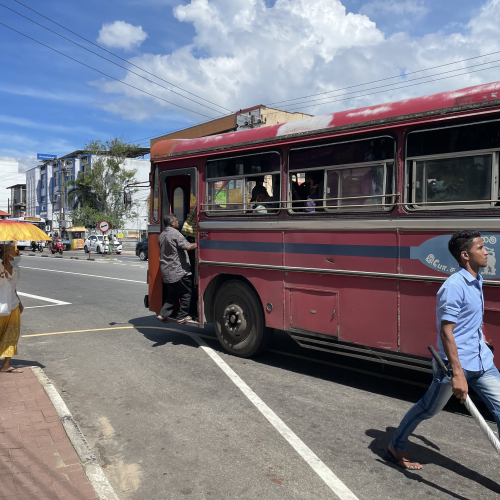 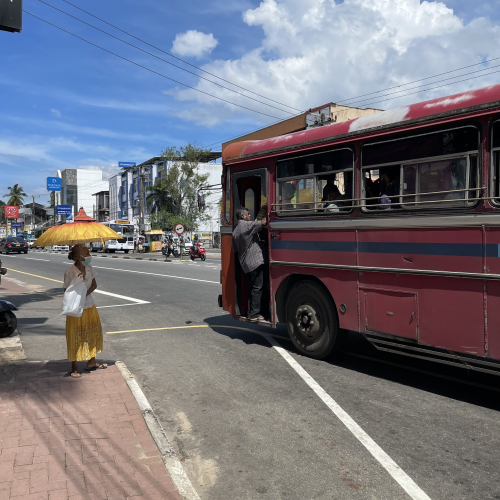 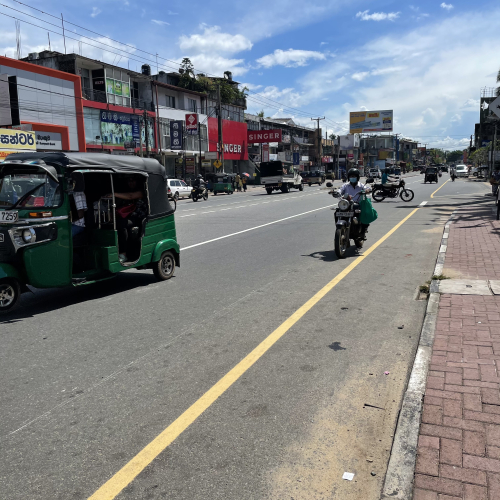 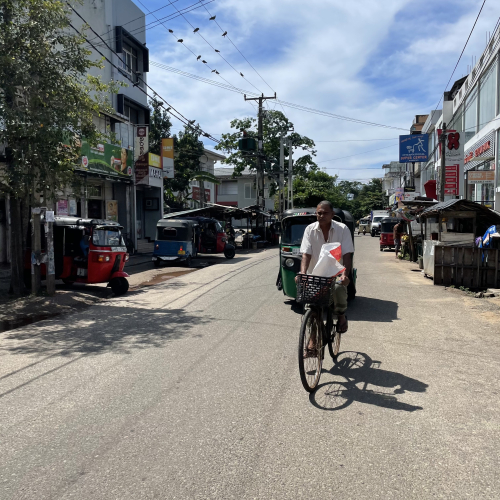 Whatever it is, I just can’t get enough of it. There are so many people, going about their lives, on foot or by bike, tuk-tuk, bus, train or very occasionally, car. It feels good to be part of something, even if it’s a crowd. Back home our streets are so empty and lifeless. 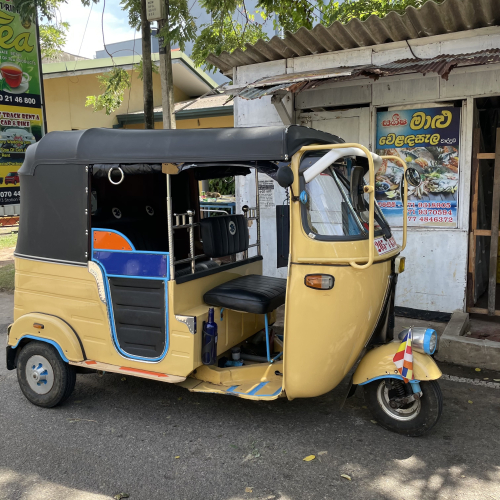 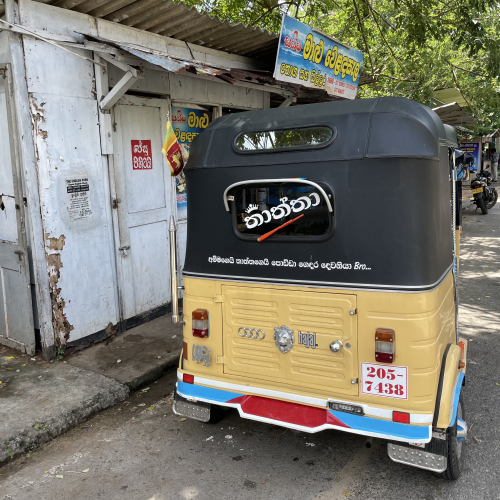 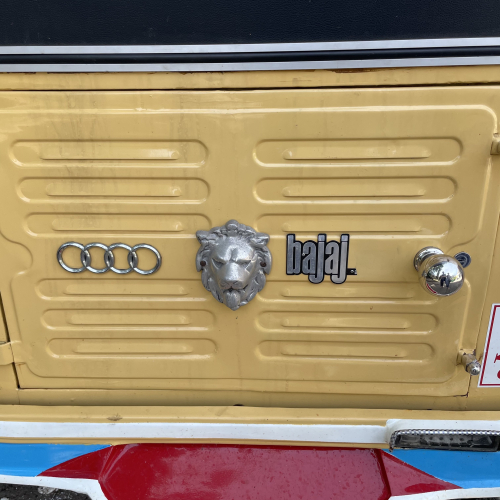 Ever since my first ride in a tuk-tuk back in Bangkok in 2000, I've had a soft spot for these dodgem cars that are allowed on the streets. It's so much fun riding the back of one. This one is pretty well looked after.

When we walked out of the bank, we bumped into my cousin. It made me feel almost like a local to run into someone I know on the street. That hasn’t happened to me since I lived in St Kilda four years ago. I miss that feeling a lot! I know the planet is overcrowded but there’s something comforting about being in the midst of your own species and seeing a familiar face. 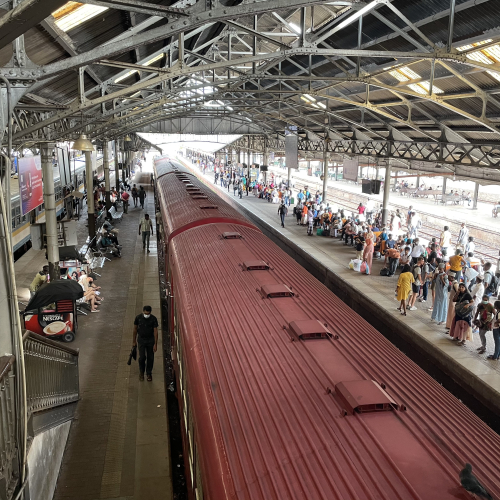 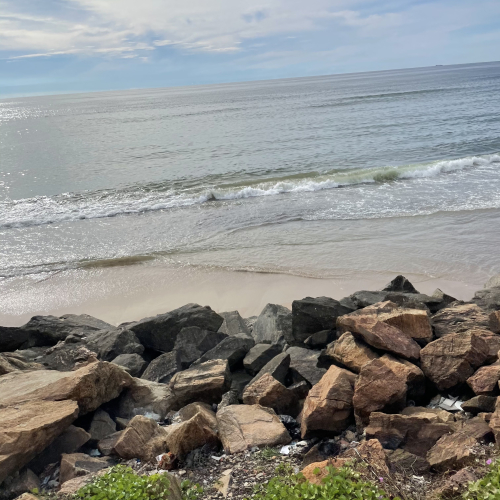 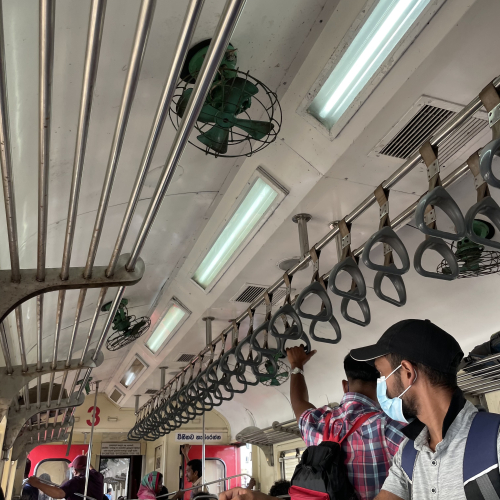 When we bought our tickets at the station, Dad was told that the train was going to be twenty minutes late. And true to form it was. Luckily for us because we rushing to get there on time and my cousin ended up driving us to the tracks at the end of the station where we sleeper hopped our way on to the platform. A little while later we spied the van filled with the rest of the family wending its way over the tracks on its way to Colombo.

We managed to get a seat on the train with some other people at the start of the journey which in itself was a real eye opener. In the hour and a bit we spent on the train there was a woman standing in the aisle, giving a very long and passionate speech in Sinhala (when I asked Dad about it later he said she was detailing her long and tragic life story) a man playing a tambourine and singing and a woman with a bandage over one eye, walking through, begging for money. It’s not all coconuts and palm trees in this island paradise.