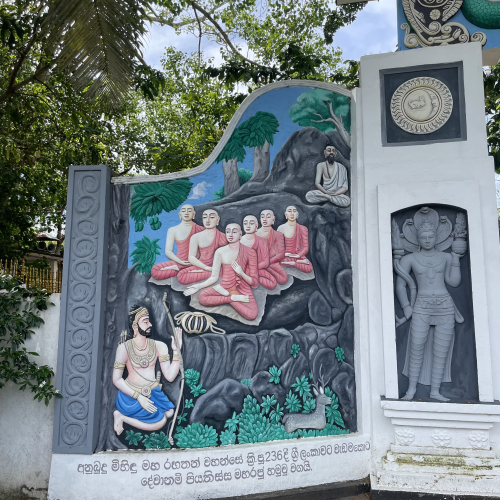 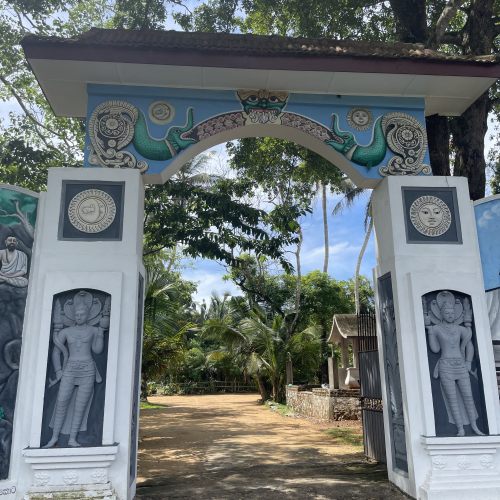 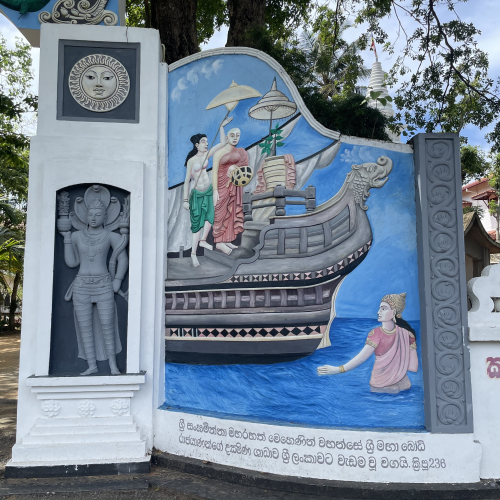 Everything is so colourful here in the tropics. The entrance to this village temple is adorned with paintings depicting the story of the arrival of Buddhism in Sri Lanka in  236 BC.

The one on the left shows the Lankan King who was hunting a deer in the forest when he was visited by flying monks from India. The monk at the front is the son of Asoka. The painting on the right hand side of the gate depicts Asoka's daughter who was also a monk doing something holy I suppose only I can't remember what it was!

On either side of the arch are two temple guardians modelled one the ones at Polonaruwa which we will be seeing in a coupe of weeks time. Above on the left you can see a rabbit and a moon. It's referring to a Buddhist story Dad used to tell me when I was a kid. All the animals in the forest had gathered to meetthe Lord Buddha. Each had brought him a gift which they offered as they came forward one at a time to greet him. The rabbit did not have a gift, so it threw itself into the fire and offered its life instead. The Lord Buddha then sent it to the moon where you can see it today if you look 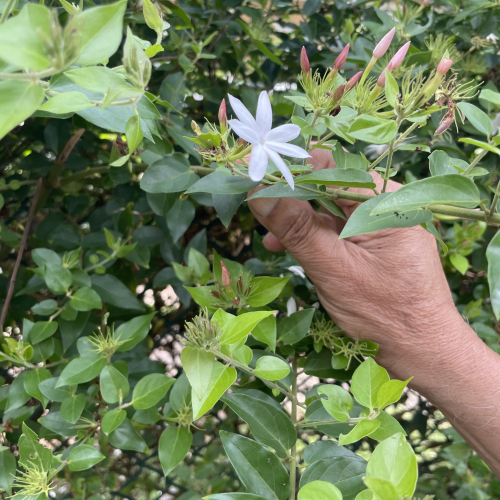 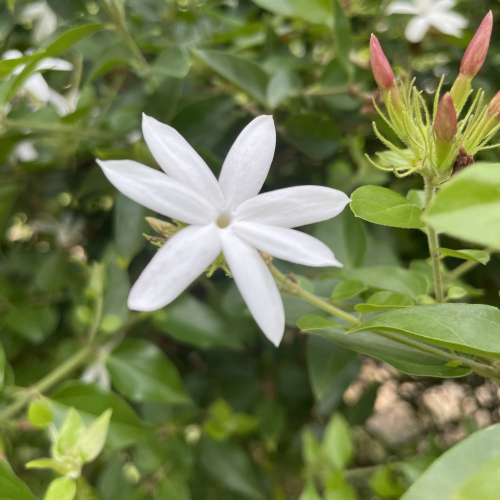 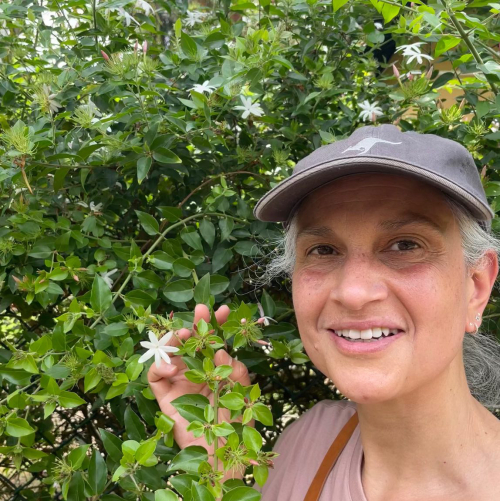 Me with my second favourite flower - jasmine. At first I was excited and thought was seaplika but that only flowers at night and by morning, the flowers are carpeting the ground.