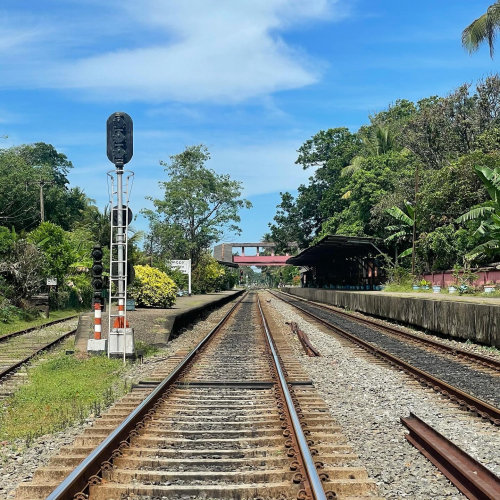 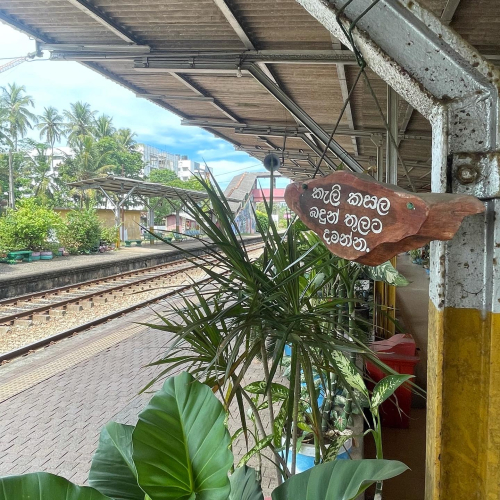 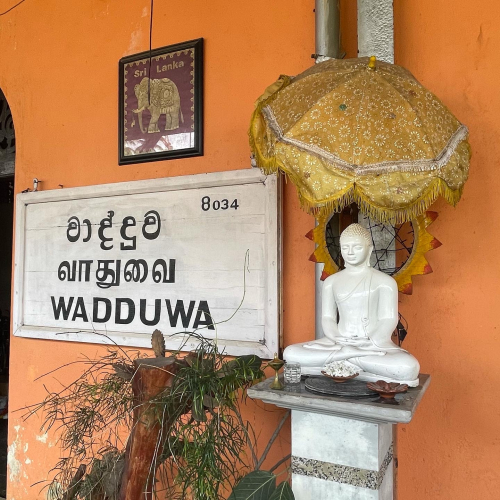 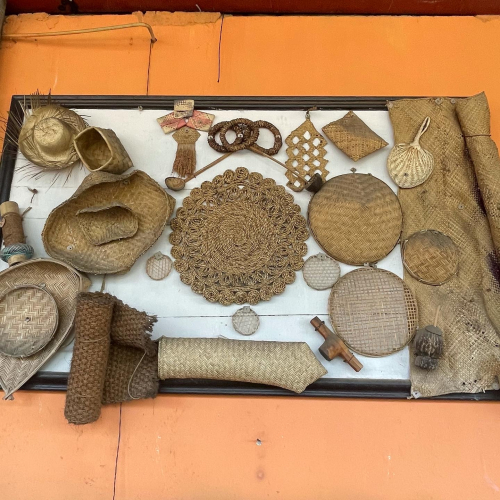 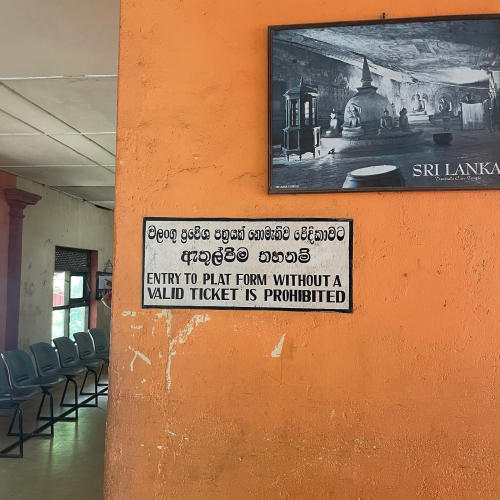 I'm really enjoying going on mini adventures with Dad while my girls hang out at the villa, spending some quality time with their Nana. She lives in Canberra and we live in Melbourne so they don't get to see her regularly.

Dad wanted to check out the village market today so we walked from the villa along the train tracks and into town. My grandfather was a train guard so Dad grew up around trains and knows all about them. As we were walking along he showed me the points which determine which track the train will take when there's a choice. There's something liberating about being able to just walk along the rails and then cross over them to get to the platform. It's so casual and no-fuss.

In spite of the sign saying otherwise, we were able to wander along the platform and out the other side to the local market. 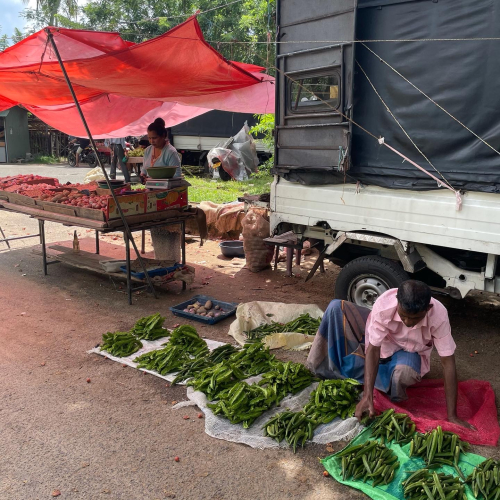 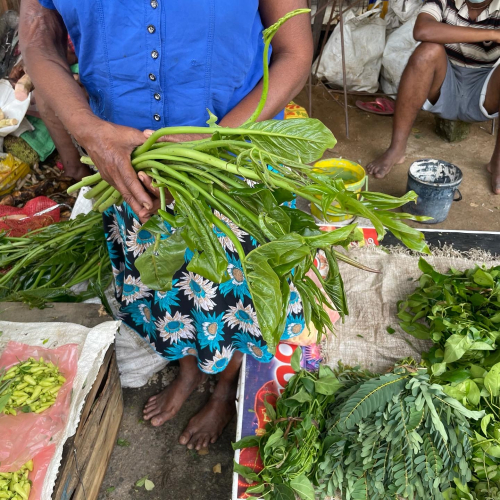 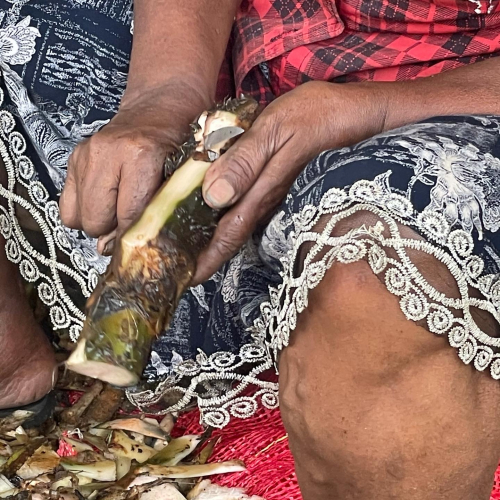 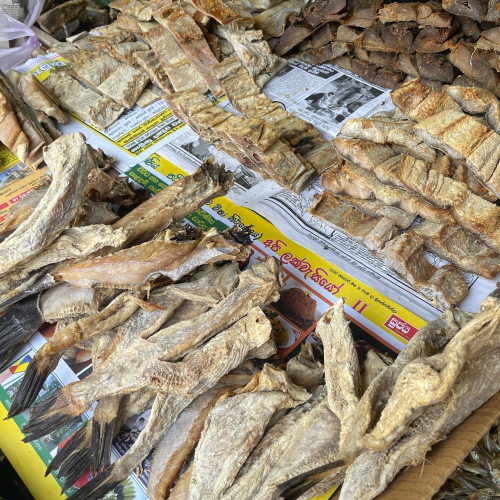 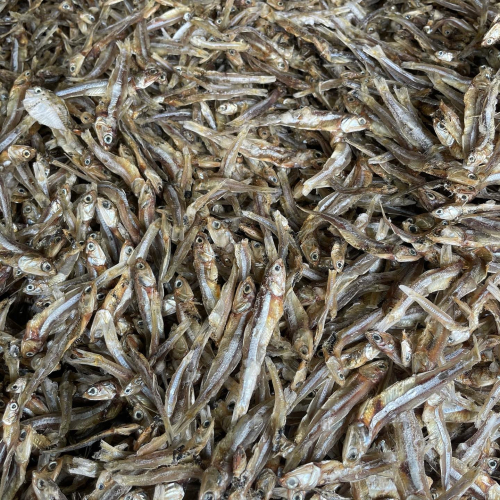 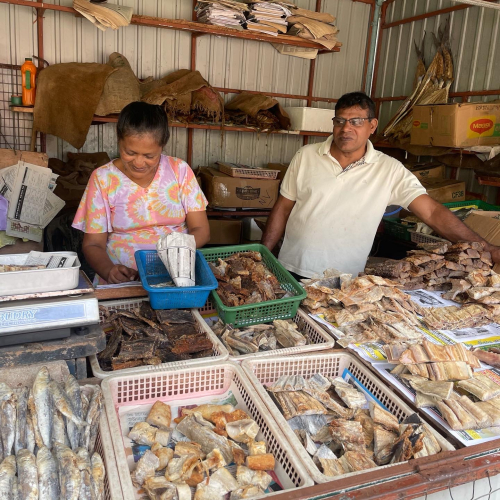 It's great travelling with Dad. He points out the vegetables he used to eat when he was a kid and tells me their medicinal properties. He chats and barters with the vendors in Sinhala. Sometimes they think he's Indian - maybe because he's so fair (he's called suddu bappa, the fair uncle, by the family) or because he's always speaking English to me. I have no idea what they make of me but I'm wearing a cap with a kangaroo on it so maybe they figure I'm an Australian. I'd so love to be able to speak and understand Sinhala so I'm doing my best to absorb as much of it as I can.

I told Dad we should bring a bag and he wanted to know what for. Apparently he wasn't going to be buying anything. I knew better and we came back laden with vegetables for Naden to cook for our lunch. We got the leaves of the root that we ate yesterday as well as some sprats to go with bitter gourd. I’m not a huge fish fan but I'm going to dive right into being here and give it a try. What are you trying that's new and different?